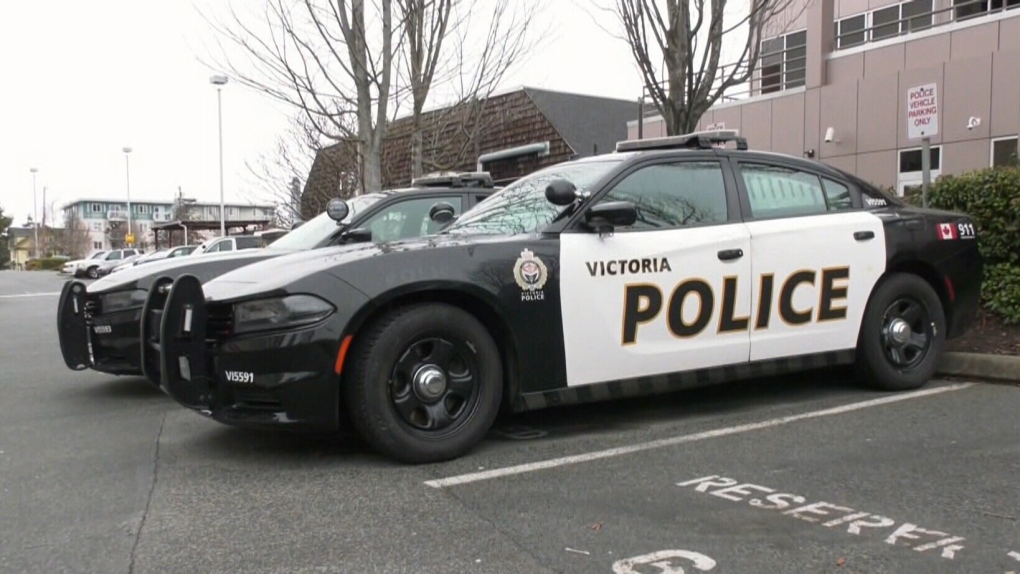 A Victoria police vehicle is pictured outside the department's headquarters in downtown Victoria: (CTV News)

The incidents occurred in the 1100 block of Douglas Street around 9 p.m., according to a news release from the Victoria Police Department.

VicPD said officers were called to the area for a report that a man was "pushing and sexually assaulting people in the area."

When officers arrived, they witnessed the man commit three such assaults after approaching a group of women from behind, police said.

"As officers were speaking with the three women that they had observed the man attack, a woman and a female youth approached them and reported that the man had sexually assaulted them as well," the VicPD release reads.

None of the women required medical attention, but one was struck with enough force to knock her to the ground, police said, adding none of the victims knew the suspect.

Police took the man into custody, where he remained Sunday. Investigators will be recommending multiple charges of sexual assault against him, police said, adding that they suspect the man also assaulted other people who have not yet come forward.

"If you had an encounter with this man, or have information about this incident, please call VicPD’s Report Desk at 250-995-7654 extension 1," police said.