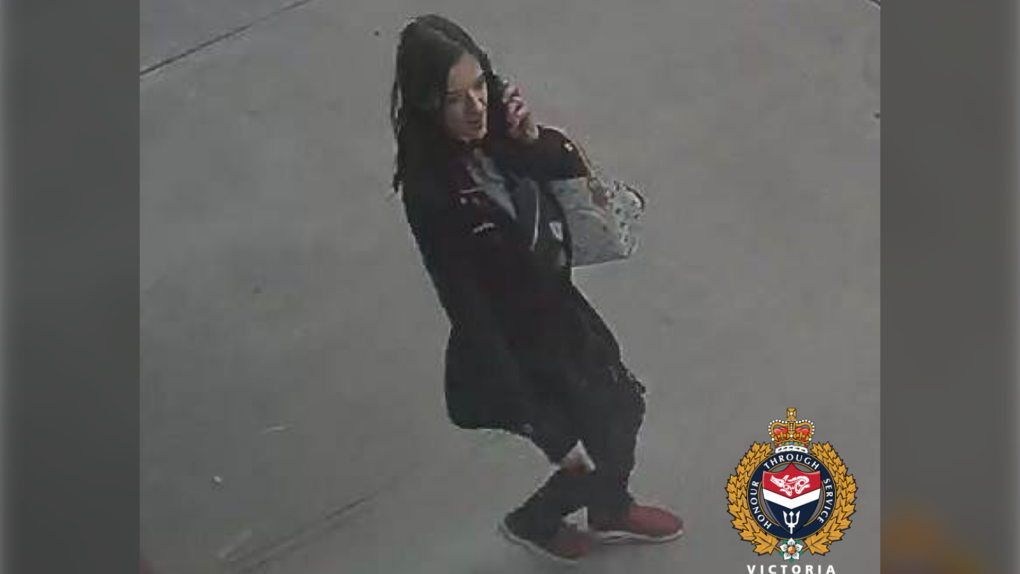 Victoria police are searching for this woman who reportedly chased a security guard with a knife at Hillside mall: (Victoria Police)

VICTORIA -- Victoria police are on the lookout for a woman who allegedly chased a mall security guard while wielding a knife on Thursday afternoon.

The incident occurred around 12:30 p.m. at the Hillside Shopping Centre parking lot.

Witnesses told police that a security guard had heard a woman and man yelling and arguing in the parking lot. When the security guard asked the pair to leave, the woman pulled out a knife and threatened him with it, before beginning to chase him.

The security guard called 911, but by the time police arrived, the man and the woman had already fled the area. They were last seen heading north on Hillside Avenue towards Shelbourne Street.

Police say the security guard was not injured in the incident.

Investigators are now searching for the woman, who is described as an approximately 20-year-old white woman who stands 5'5" tall with a slim build. She has long brown hair and was last seen wearing black clothing and red shoes.