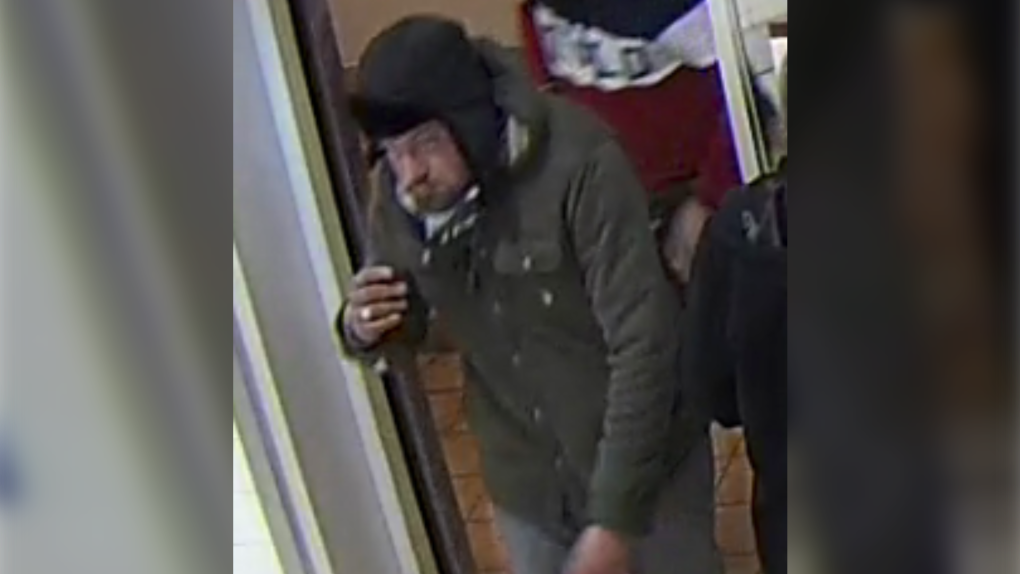 Police say the man has distinctive lines or marks on his face and witnesses said he was hunched over when he walked. (VicPD)

Victoria police are asking for the public's help identifying a man accused of stealing from a store in Mayfair Mall and assaulting an employee on Thursday.

Investigators say the incident happened at approximately 4:50 p.m. when a man entered the store, picked up two large Lego sets and headed for the exit.

When a staff member approached the man to direct him to a cashier, the man assaulted the employee and fled, police said Monday.

The employee was not seriously injured in the attack but did require medical attention.

The man was last seen crossing the 700-block of Finlayson Street, police said.

He is described as a white man standing approximately 5' 7" tall with a medium build.

Police say the man has distinctive lines or marks on his face and witnesses said he was hunched over when he walked.

The man had a short, dark beard and a moustache at the time of the incident. He was wearing a dark green or grey winter hat with black fur earflaps, and an army-green khaki-style winter jacket, police said.

Anyone who recognizes the man or who has information on his whereabouts is asked to call Victoria police at 250-995-7654 or contact Crime Stoppers anonymously at 1-800-222-8477.

Canada inflation: How we compare to other G7 nations

With a meeting of G7 finance ministers underway this week, a CTVNews.ca analysis found that while Canadians are feeling the pain of record-high inflation, among G7 nations we are surpassed by Germany, the U.S., and the U.K.