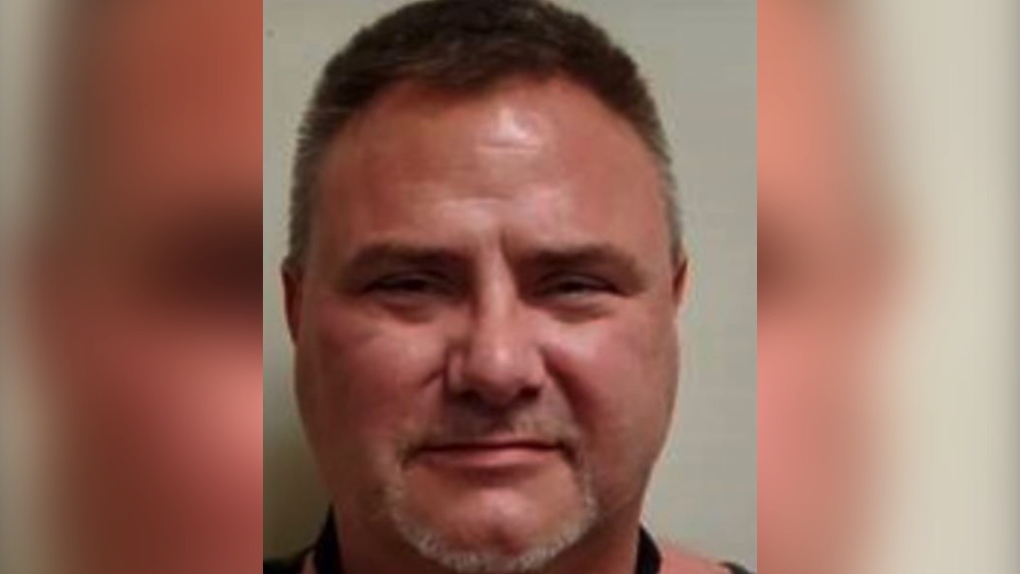 James Allin, 52, is wanted Canada-wide after his statutory release was suspended. He was serving a sentence for armed robbery and police say he may be in Victoria's downtown core. (VicPD)

Victoria police are searching for a wanted man who is believed to be an immediate threat to the public.

James Allin, 52, is wanted Canada-wide after his statutory release was suspended. He was serving a sentence for armed robbery and police say he may be in Victoria's downtown core.

Investigators describe Allin as a white man standing 5'8" tall with a large build. He has brown hair, blue eyes and tattoos on both of his arms.

Police say Allin should not be approached and anyone who sees him should call 911 immediately.

Eight people were seriously injured after a Laval city bus crashed into a daycare Wednesday morning, according to first responders. The driver of the bus has been arrested, according to Quebec Public Security Minister Francois Bonnardel.

Conservative Leader Pierre Poilievre says that if he becomes prime minister he would uphold the 10-year deals Prime Minister Justin Trudeau is looking to ink with provinces and territories that would inject $46.2 billion in new funding into Canada's strained health-care systems.

An associate of Ontario’s self-described “crypto king” was operating his own fraud scam parallel to the multi-million dollar Ponzi scheme, court documents allege.

opinion | Tom Mulcair: This is why the federal health-care proposal is so disappointing

Justin Trudeau has thrown in the towel in the fight to maintain the federal role as gatekeeper of a public, universal, accessible and fair health-care system in Canada, writes former NDP leader Tom Mulcair in an exclusive column for CTVNews.ca. 'That could have tragic consequences for folks on the lower rungs of the social and economic ladder.'

Fir trees are under attack in the British Columbia interior, where severe drought and heat are putting forests at risk due to bark beetles.