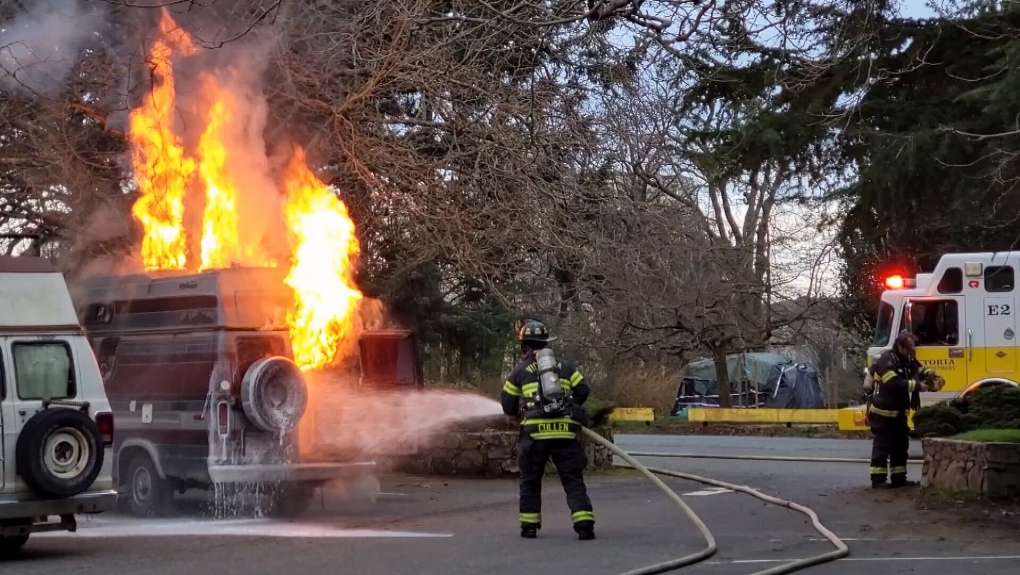 The camper van was parked near the Beacon Hill Children’s Farm. (CTV News)

VICTORIA -- Victoria police have ended their investigation into a van fire that claimed the life of a 60-year-old man in Beacon Hill Park last week, ruling the death non-suspicious.

Mike Lockhart died when the van he had been living in caught fire in the park on the morning of March 4.

The Victoria police major crimes unit began an investigation alongside the BC Coroners Service and the Victoria Fire Department.

Police concluded their investigation Thursday, saying Lockhart’s death is not believed to be a criminal matter.

The decision comes one day after police said a woman’s death in the park, on the day before Lockhart died, is being investigated as a homicide.

Lockhart had been living in his van parked near the Beacon Hill Children’s Farm for approximately a year, according to fellow campers in the park.

The coroner’s investigation into his death is ongoing.