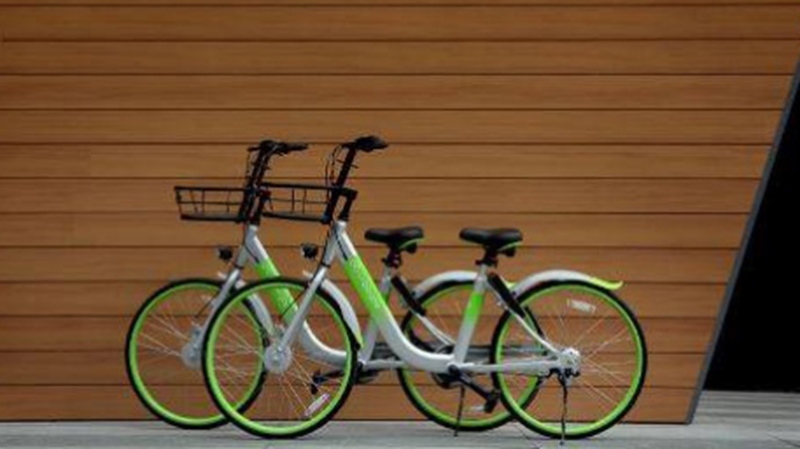 Police say people have been calling 911 to report 'abandoned' bikes, but most of them are actually part of Victoria's newest bike share. Oct. 30, 2017. (Victoria Police)

A number of 911 calls have Victoria police reminding the public that green and silver bikes popping up on city streets are not abandoned – they're part of a bike share.

U-Bicycle, a bike share company based in China, rolled out its fleet of GPS-enabled, self-locking bikes in the capital city about a month ago.

The bikes are rented using an app that unlocks them and, once the rental period is up, locks them up again with a metal bar that goes through the back wheel.

The dockless bikes have caused people to mistakenly call 911 reporting that they've been "abandoned," because they don't appear to be locked to anything, according to police.

"Since the launch of the U-bike program, and despite media coverage of these bikes coming to Victoria, our 911 Communications Centre has begun receiving calls about the U-bikes," police said in a statement.

Police are reminding citizens that the bikes have GPS technology that allows the company to track their whereabouts at all time.

They also say the company will occasionally retrieve bikes and relocate them to more central areas if they've been sitting unused in one spot for an excessive amount of time.

Anyone with questions, concerns or looking for more information on the bike share can visit U-Bicycle's website, police say.

The company has deployed a total of 300 bikes across the city.