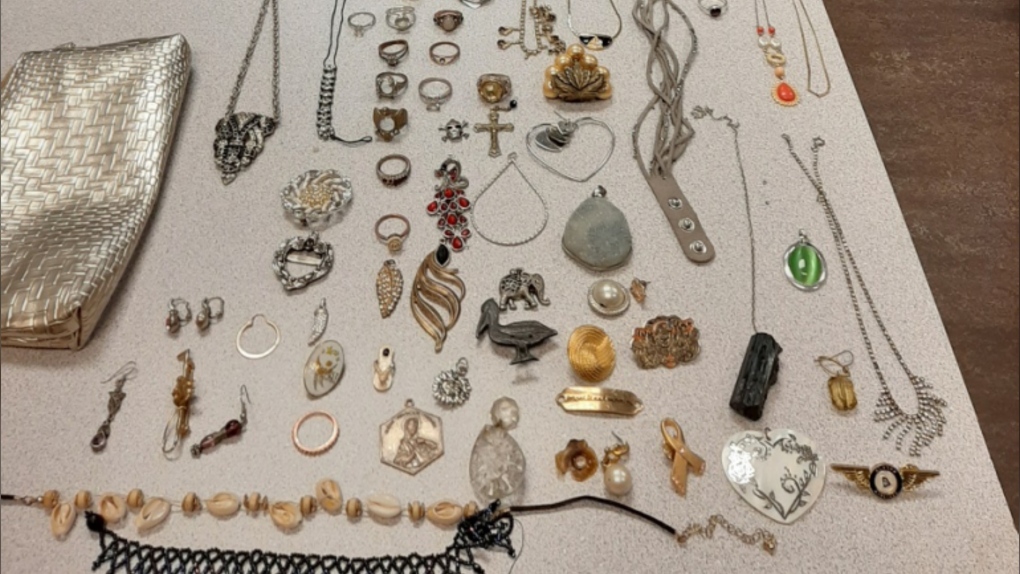 Police are hoping to return these items, and more, which are believed to have been stolen: (Victoria Police)

VICTORIA -- Victoria police are hoping to reunite a collection of stolen jewelry with their rightful owners after the items were seized during a traffic stop Thursday.

Police say the jewelry, and other stolen property, was discovered when a vehicle was stopped in the 200-block of Menzies Street around 4:30 p.m.

The vehicle was initially pulled over as it was linked to a known property offender. Once officers approached the vehicle, they spotted a “large amount of stolen property” inside.

The male driver was then arrested by police.

Officers are now working to return the many stolen items to their original owners. The items seized include jewelry, shoes, sunglasses, power tools and purses. A replica firearm was also seized by police. 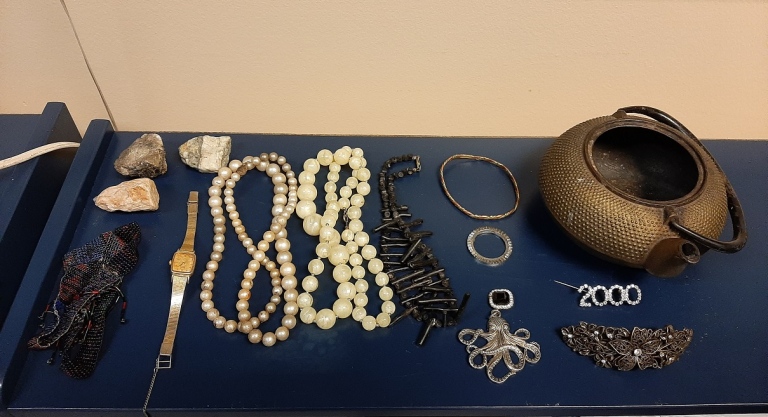 Anyone who recognizes any of the items, or who may have information on how they may have come under the man’s possession, is asked to contact Victoria police at 250-995-7654.

Information can also be shared anonymously with Greater Victoria Crime Stoppers at 1-800-222-8477.