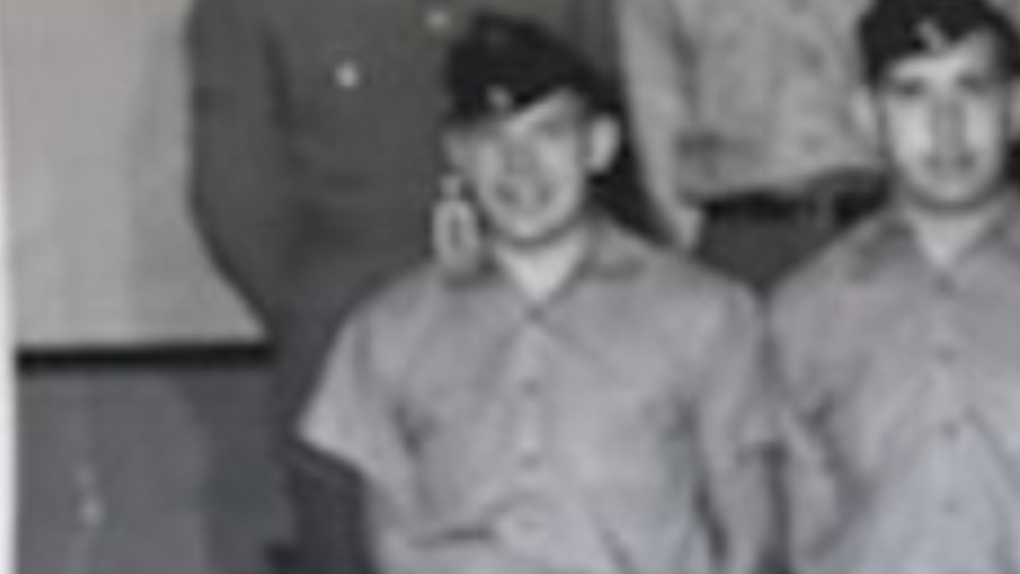 Stanley Fischer (left) in a photo from his time in the Royal Canadian Air Force in 1958.

VICTORIA -- Forty years after a man was found dead in a Victoria police cell, the department has assigned an investigator to review the case.

Stanley Fischer was found hanging in Victoria police lockup in the early-morning hours of Nov. 15, 1981. The 41-year-old man’s death was ruled a suicide when the coroner determined he died by asphyxiation after tying strips of a torn blanket around his neck and hanging himself from the bars of his cell.

In the months after his death, a coroner’s inquest heard from the man’s brother who was with him the night he was arrested for mischief and assault.

Richard Fischer told how he and his brother had been drinking at the former Colony Motor Inn early that morning when an argument erupted with bar staff over their bill. Police arrived and Stanley was handcuffed and taken into a police car.

After Stanley tried to kick out the window of the cruiser, his brother told the inquest that a police officer threatened to kill him, according to historical accounts of the proceedings.

Richard testified that when he identified his brother’s body in the hospital morgue, he noticed blood and bruises on his face that weren’t there after the fight. 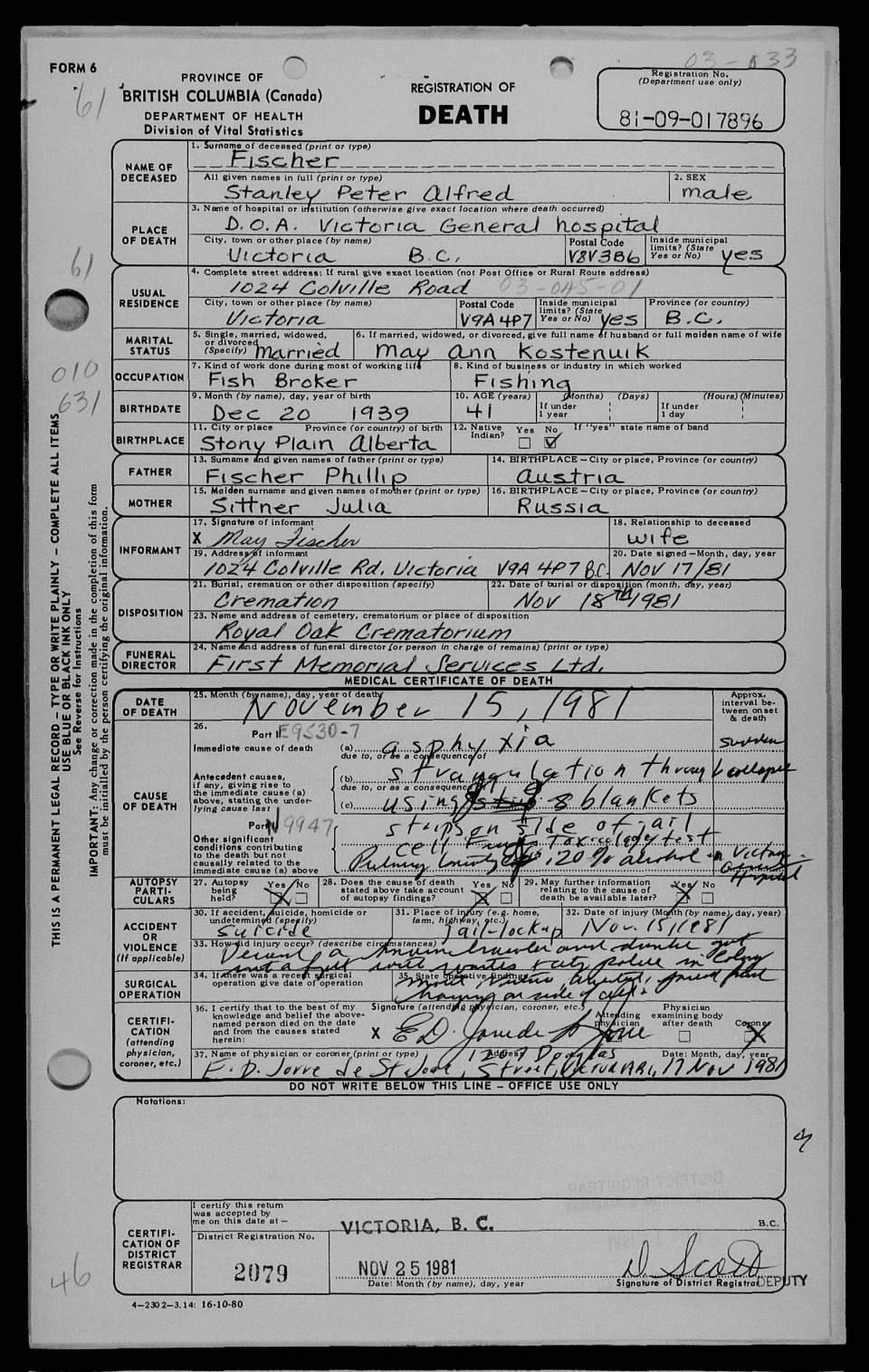 Stanley’s 59-year-old nephew Mark Fischer tells CTV News his uncle also suffered broken ribs that morning, injuries he says were not caused by the resuscitation efforts of police or paramedics.

“He was now in police custody and someone in that building beat Stanley with fists, boots or something else,” Mark says. “I believe that man was robbed of his life; he was robbed of a fair trial.”

The nephew says he also saw photos of the strips of blanket were used to make the noose. He believes the blankets were cut with scissors or a knife, not torn by hand.

Last week, the Office of the Police Complaint Commissioner found the family’s accusations that either Victoria police officers or other detainees in the jail caused Fischer’s death lacked sufficient evidence for a misconduct investigation.

Victoria police say they are in the “very early stages" of their review and cannot confirm specific details of the case.

Mark says his uncle, who was a veteran of the Royal Canadian Air Force before becoming a fish broker in Victoria, was a faithful “servant of the country” who had a lot to live for.

Victoria police are expected to say more about their review next week.