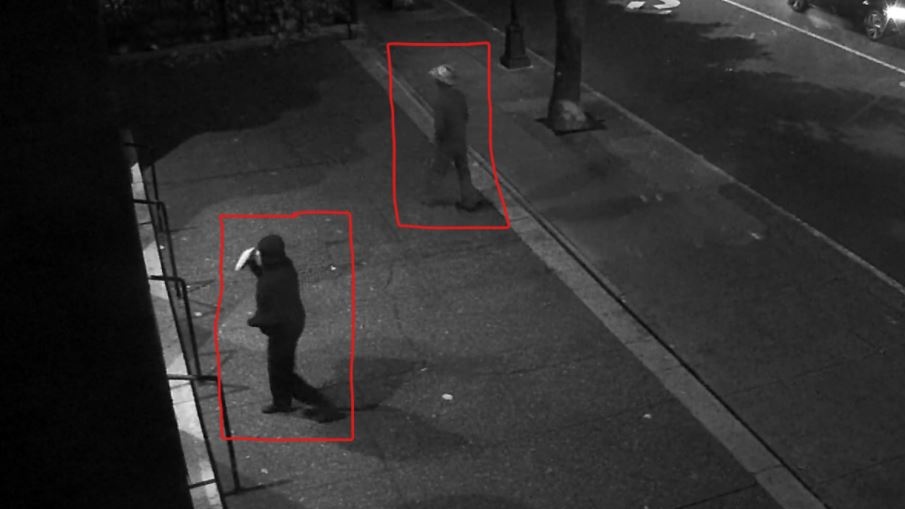 Victoria Police say one person vandalized the church while the other acted as a lookout. (vICpd)
Victoria -

Police have launched a hate-crime investigation after graffiti was discovered on a Catholic church in downtown Victoria.

The vandalism happened just after 11 p.m. on Sept. 12, when two people were recorded by security cameras at St. Andrew’s Cathedral on the corner of Blanshard and View streets.

Police say one person vandalized the church while the other acted as a lookout.

Two witnesses saw the vandalism occurring, according to police, including one man who allegedly spoke with the perpetrators.

Investigators are looking to speak with both witnesses, who are not believed to be participants in the crime.

Several similar acts of vandalism were reported the same night in Oak Bay and Saanich, according to police.

“The nature of the targeting and some of the vandalism meets the standard for investigation as a hate-motivated incident or hate crime,” Victoria police said in a statement Thursday. “Officers are looking to identify and speak with the two suspects.”

Anyone with information about the incident, the perpetrators or the witnesses, is asked to call Victoria police at 250-995-7654 or contact Greater Victoria Crime Stoppers anonymously at 1-800-222-8477.

Pfizer has asked Health Canada to approve the first COVID-19 vaccine for children aged five to 11 years old. It was authorized for people at least 16 years old last December, and for kids between 12 and 15 in May.

Seven-year-old boy dies after being trapped under log near Southampton, N.S.

A seven-year-old boy has died while out on a walk with his mother on a logging road in Nova Scotia's Cumberland County.

MEC is bringing back its old logo

Outdoors retailer Mountain Equipment Co. is ditching its square green logo in favour of the mountain peak design that adorned its stores for decades until 2013, part of a push to refocus on sales of outdoors activities products.