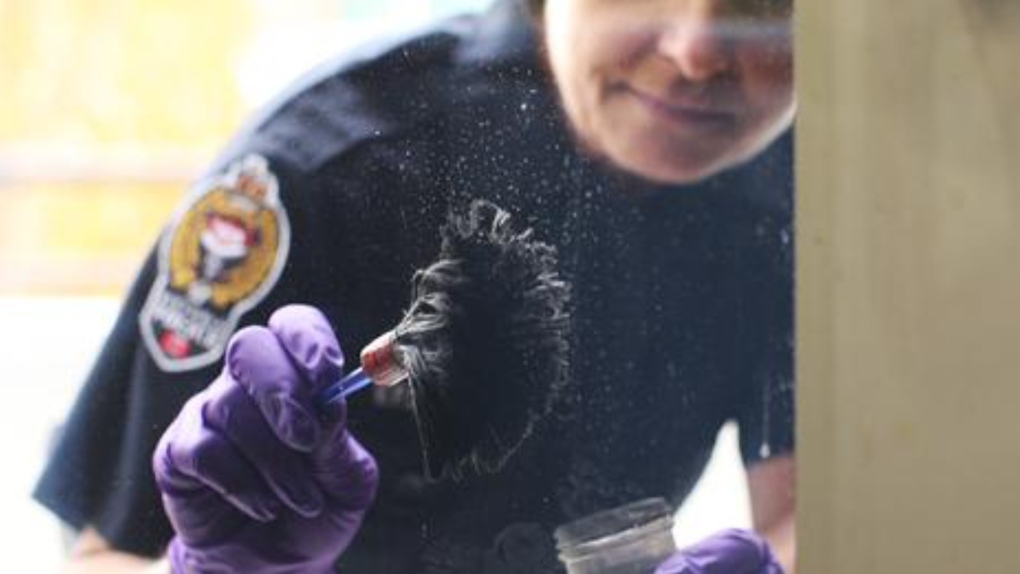 Police in Victoria are looking for witnesses and surveillance images after someone was stabbed multiple times in the downtown core Wednesday.

Paramedics and police were called to the 1500-block of Quadra Street just before 4:30 a.m. for reports of a person suffering multiple stab wounds.

The victim, who police did not identify as male or female, had improvised dressings wrapped around their wounds when first responders arrived, according to Victoria police.

Paramedics and police were able to convince the victim to show them their wounds, which the medics determined required immediate medical attention.

Police say the wounds to the arms and chest were potentially life-threatening. The victim was apprehended by police and then transported by ambulance to hospital for treatment.

"Their injuries are now considered non-life-threatening," Victoria police said in a statement Wednesday afternoon. "This incident remains under investigation."

Anyone with information or security video from the Quadra Street area between Pandora Avenue and Mason Street is asked to contact Victoria police investigators at 250-995-7654.

Two organizers of the 'Freedom Convoy' won’t receive frozen donation funds to pay for their legal defence of a $300-million potential class-action lawsuit.

$1,048 meal: Torontonian has the most expensive Uber Eats order in Canada this year

A newly released report from Uber Eats shows that a Torontonian ordered the most expensive meal through the app in Canada this year, spending $1,048 at burger joint.

A new bill on early learning and the child-care system is expected to be announced by Canada's families minister, Ottawa will be reviewing an RCMP contract with a company linked to the Chinese government, and what the latest Bank of Canada rate hike means for inflation and consumers. Here's what you need to know to start your day.

What the latest Bank of Canada rate hike means for inflation, consumers

The Bank of Canada hiked its key policy rate by half a percentage point to 4.25 per cent -- the highest it's been since January 2008 -- on Wednesday in its final rate decision of a year that has been marked by stubbornly high inflation and rapidly increasing interest rates.