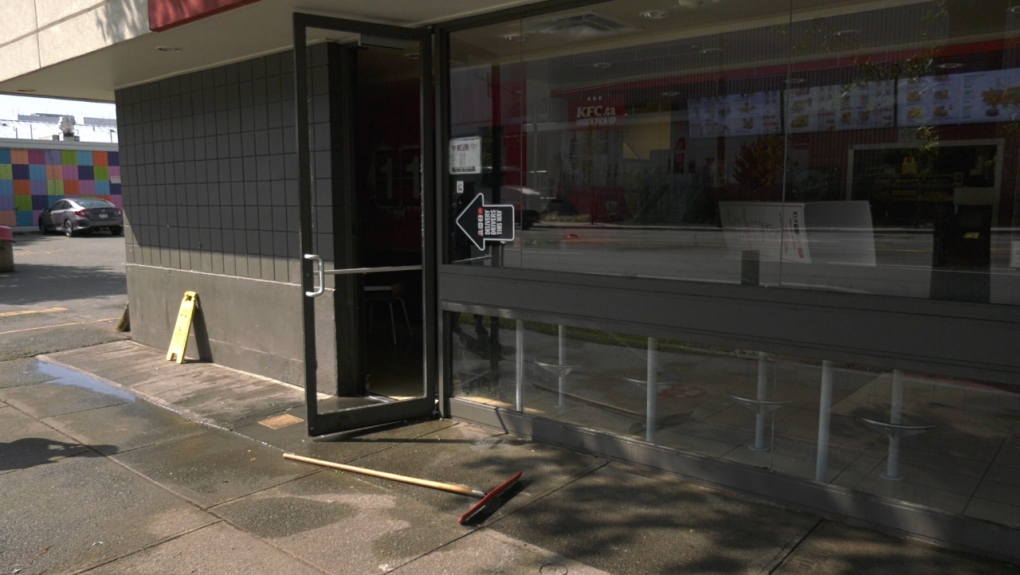 Police are investigating after a fiery object was thrown through a smashed window at a local KFC: (CTV News)

VICTORIA -- Victoria police are asking for any witnesses to come forward after a local restaurant was damaged early Tuesday morning.

Police say that at approximately 5:30 a.m., officers were called to the KFC at 3140 Douglas Street near Mayfair shopping centre.

Once officers arrived, police quickly extinguished flames that were burning inside the restaurant.

Police say that an individual likely broke a window to the business, lit an object on fire, then threw the object into the building.

A person of interest was seen leaving the area on a bicycle around the time of the incident. Police say they were wearing dark clothing and were last seen travelling northbound.

The investigation is ongoing and police say they are considering the incident to be a case of mischief and arson.