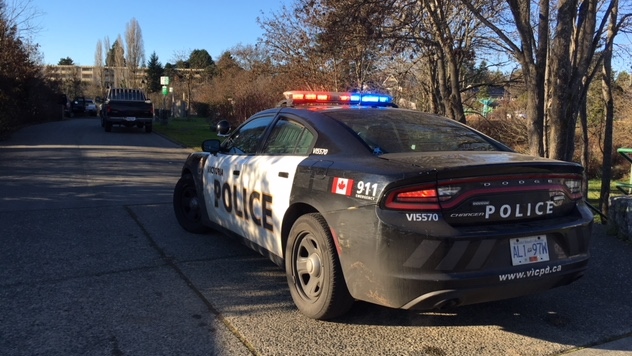 A Victoria park has been cordoned off as police investigate a sudden death.

Four police cruisers, an ambulance and a BC Coroner's Service vehicle were on the scene as of 9:45 a.m.

Victoria police confirmed they were investigating the death, and said there was nothing indicating it was suspicious at this time.