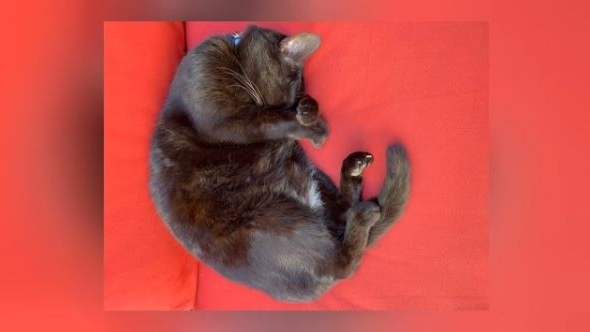 Penelope the cat is shown. Police say she is now considered missing and not stolen: (Submitted)

VICTORIA -- Victoria police say a woman who was believed to have stolen a neighbourhood cat near the Victoria HarbourCats offices has been cleared of any wrongdoing.

On April 30, a woman was suspected of stealing a black cat named Penelope from the 900-block of Caledonia Avenue, say police.

Surveillance video from the area seemingly showed a woman picking up a black cat and walking away with it.

Now, police say that the woman has spoken with investigators and confirmed that the cat was actually her own pet.