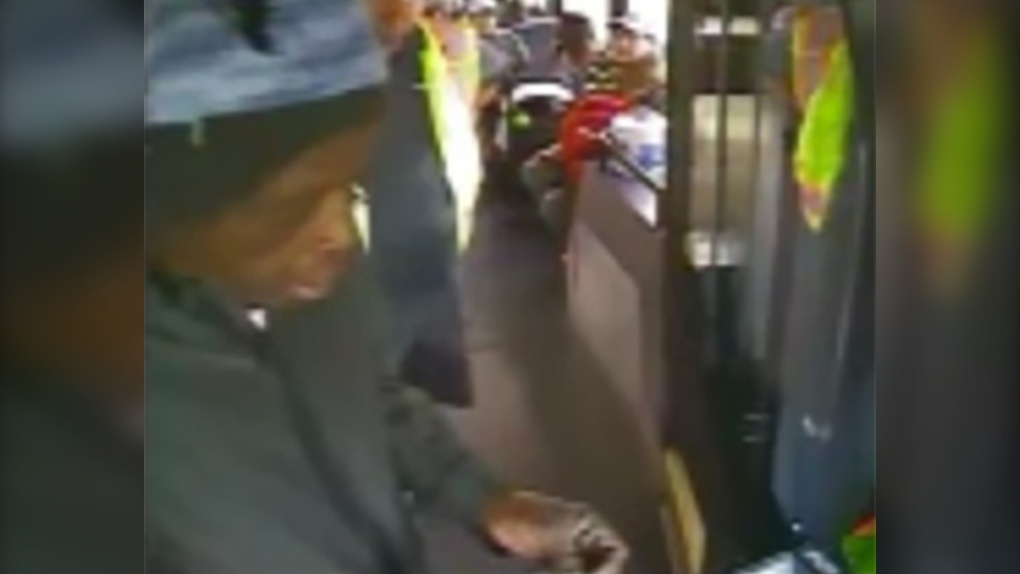 Victoria police have located and arrested a man suspected of threatening a bus driver with a knife in the city last week.

At the time of his arrest, investigators say the man was already wanted on a bench warrant for several convictions in Ontario, including for attempted murder, assault with a weapon, break and enter, mischief and weapons possession.

The suspect was transported to VicPD cells, where he is being held while police seek to remand him to Ontario.

The arrest comes one day after Victoria police released surveillance images of a man they were trying to identify in connection with an incident on a B.C. Transit bus last week.

A bus driver reportedly called police to the intersection of Fort Street and Lee Avenue at approximately 4:35 p.m. on Sept. 15, when a man allegedly boarded the bus and threatened the driver.

After three stops, the man approached the driver while brandishing a knife, police said.

"The operator immediately called for assistance and told the man that police were on the way," Victoria police said Thursday.

No one was physically injured in the altercation.

Democratic Sen. Raphael Warnock defeated Republican challenger Herschel Walker in a Georgia runoff election Tuesday, ensuring Democrats an outright majority in the Senate for the rest of President Joe Biden’s term and helping cap an underwhelming midterm cycle for the GOP in the last major vote of the year.

In the 73 minutes on Tuesday afternoon that it took for Prime Minister Justin Trudeau and five other dignitaries to officially open the 15th global talks to save nature from human destruction, statistics suggest another 4,000 hectares of forest around the world was lost to that same force.