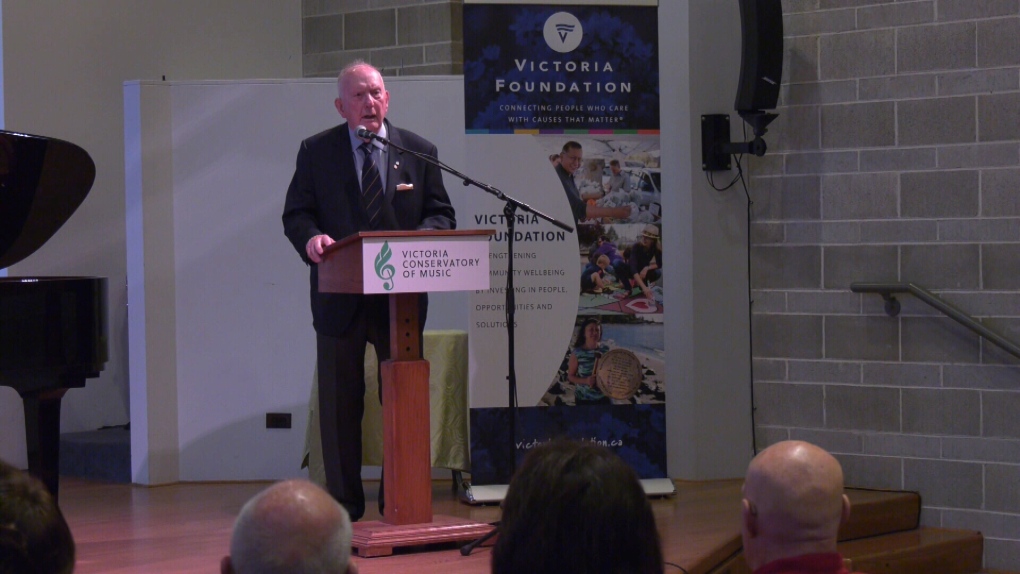 VANCOUVER -- The arts community on Vancouver Island is mourning the loss of one of its biggest benefactors.

Well-known Victoria philanthropist Eric Charman died Friday, the day after his 88th birthday. He had a passion for music and the arts and raised millions of dollars for local organizations in the capital region.

Born in England, Charman always wanted to pursue piano, but couldn't afford lessons. As a young man, he moved to Victoria, where he built a successful career in real estate before retiring and focusing on philanthropy.

In 2017, his friends marked his 85th birthday by establishing the Eric and Shirley Charman Young Musicians Bursary Fund at the Victoria Conservatory of Music. The fund, which provides funding for musicians under the age of 25 who can't afford to study at the conservatory, reached more than $1 million in 2019.

“It’s so nice and satisfying to know that some people will be able to do what I couldn’t do,” said Charman at the time. “I couldn’t afford music lessons as a young kid in England.”

In 2016, Royal Roads University awarded him the Chancellor's Community Recognition Award, saying he passionately believed art could inspire hope and comfort in people of all ages.