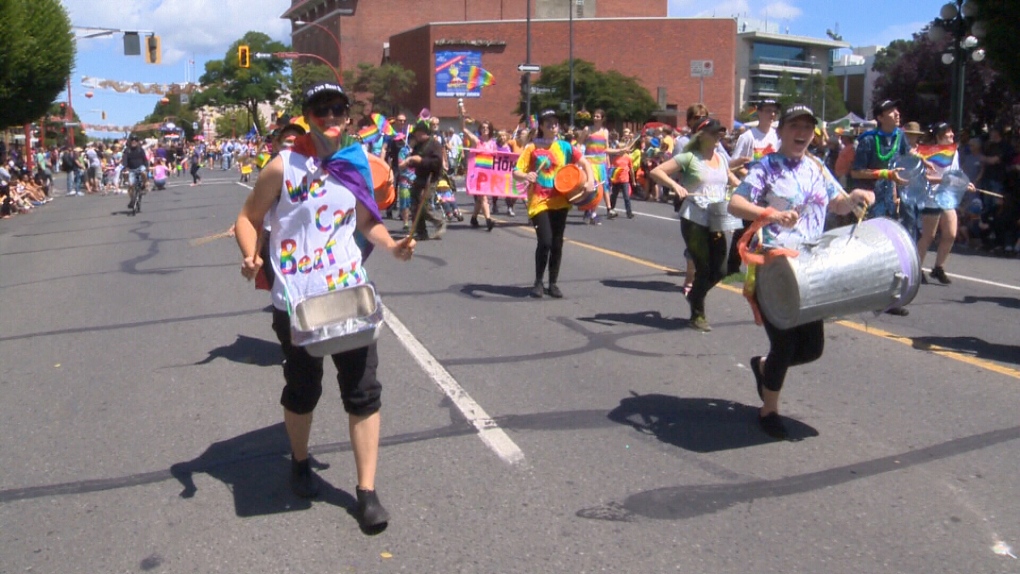 The local band, that performs as a way to fundraise for children with leukemia, put out a plea on their Facebook page asking for donations so they could perform on Sunday. July 10, 2016 (CTV Vancouver Island)

Members of a Victoria percussion band stomped on at the city’s Pride parade on Sunday, even after all of their instruments were stolen less than a week ago.

On Tuesday, their truck was stolen in Langford with all of their instruments inside.

The local band, that performs as a way to fundraise for children with leukemia, put out a plea on their Facebook page asking for donations so they could perform on Sunday.

“We had a lot of people come forward with donations and stuff that we could use. We had some of our old stuff too,” the group’s spokeswoman and perform Jennifer Fiorin said.

The group says the community came through.

“It means a lot to us to know that we actually have the community behind us, that they were there to support us, spread the message, ask if we need anything, if there’s anything they could do to help. It was really quite awesome to see,” Fiorin told CTV News.

She added that even though the situation upset the group, it wouldn’t stop the band from putting on a show.

“We’re a little discouraged at the situation,” Fiorin noted. “I mean it’s pretty inconsiderate that somebody makes off with something that’s not theirs and don’t realize the impact that it has on who they take it from, but we’re making the best of the situation and we’re going to have fun.”

You can find more information on the band here.