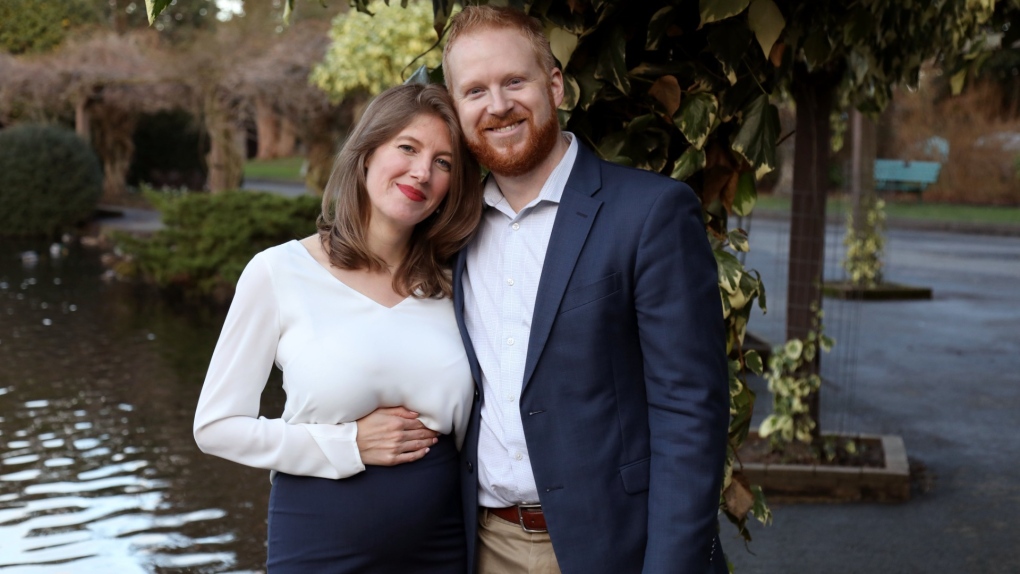 Collins and her partner James McNish are expecting the baby to arrive at the end of April. (Laurel Collins/Twitter)

Collins and her partner James McNish are expecting the baby to arrive at the end of April.

Collins told CFAX 1070 on Tuesday that she plans to continue working as MP while her partner takes parental leave from work at the provincial government.

“I want to continue representing the people of Victoria,” Collins said.

With the possibility of a spring federal election, the Victoria MP could find herself on the campaign trail while nine months pregnant or with a newborn in tow.

“There are a ton of rumours out there,” Collins said of the likelihood of an election in the months to come. “We’ve been hearing a lot of talk about the Liberals potentially forcing a spring election.” “There’s no reason why women who are starting a family should be barred from these challenging & meaningful roles,” she tweeted.

Collins was elected MP in October 2019 after serving one year on Victoria city council.