Victoria mayor backs plan to get city staff on e-bikes 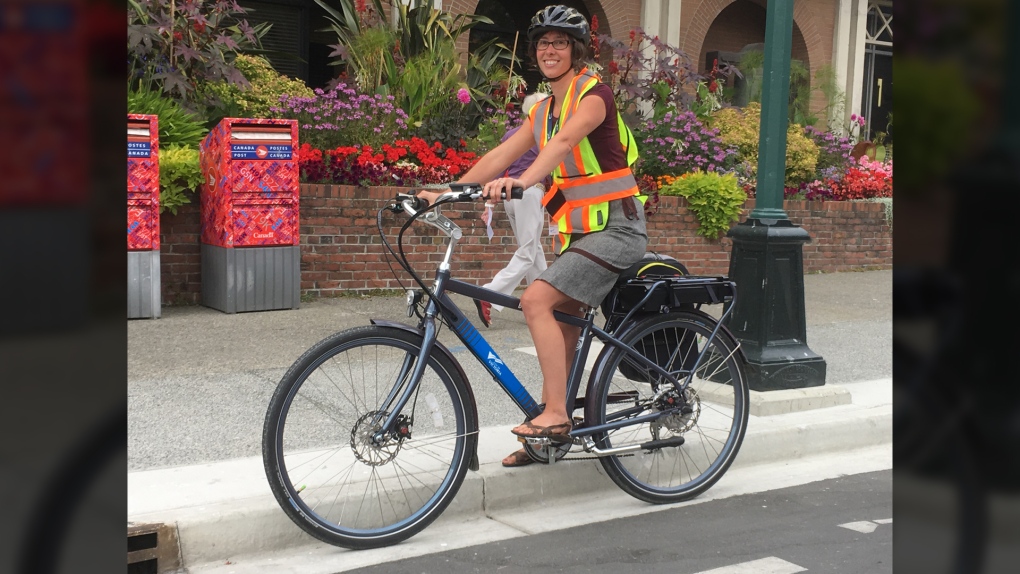 Lisa Helps is applauding a program from Nelson City Hall to get city staff on e-bikes and is suggesting Victoria could see something similar in the future.

The program allows city employees to buy an electric bike through the city, and then pay it back through deductions in paycheques.

According to Nelson Coun. Jesse Woodward, commuters there face two challenges driving into the city core: parking and steep hills.

"We’re trying to get city staff to not drive in from outlying areas to take up parking," he says.

He says e-bike technology has improved and now an adult can easily ride 10 blocks uphill, which is a reality for some Nelson staff commuting to work.

The West Kootenay town hopes by paying for an e-bike up front, which typically costs between $3,000 and $5,000, staff will opt in and gradually pay back the city over the next several years.

If enough of the city’s roughly 200 employees ride e-bikes, the hope is it will begin to free up parking in the core, which is often at capacity.

Between Nelson residents and a steady influx of tourists, Woodward says the city core can be "quite a clog."

If it’s successful Woodward says the city may offer the incentive to the public through Nelson Hydro.

Nelson residents would receive an e-bike and then pay it off through payments on their monthly hydro bill.

Victoria Mayor Lisa Helps not only supports the program, but has already sent the Nelson plan to Victoria staff to consider.

Helps says a similar program could be rolled out as part of the city’s Go Victoria strategy.

The strategy is currently being developed but the city says it will be the framework for transportation in Victoria for decades to come. Securing more forms of car sharing like Lyft and Car2Go in the capital city has also been confirmed as part of this ongoing transportation strategy.

The city of Victoria already owns three e-bikes that employees can book to travel to and from city meetings or events. Staff must be trained before they can book an e-bike.

The Nelson program is expected to be rolled out in the coming weeks.