From a small apartment in an undisclosed neighbourhood of Lviv, Ukraine, Mark Preston-Horin recounts the moment he entered into the war-torn nation.

"I remember when I crossed the border into Ukraine," said Preston-Horin, of Victoria, B.C.

"There was literally four or five thousand people in a queue to get out. I was the only one walking in," he said.

Medical expertise made Preston-Horin think he would be in high demand in Ukraine, but on the ground and amid the chaos of war his assumptions have been proven wrong.

"It's tough to be here and knowing my hands are tied. It's really, really tough," he told CTV News Vancouver Island on Friday.

Since he arrived in Lviv, he has been trying to help in anyway he can, but he says because he is not a Ukrainian national his attempts are being thwarted.

Unwilling to be held in Ukraine by a military contract, he turned to hospitals to aid the Ukrainian people.

Hospitals have also told him that because he isn’t a national he isn’t needed. Now, Preston-Horin has turned to government-backed volunteer forces outside the military sphere.

He says he is giving one group any support he can, but would not go into detail about the groups supported by the Ukrainian military. 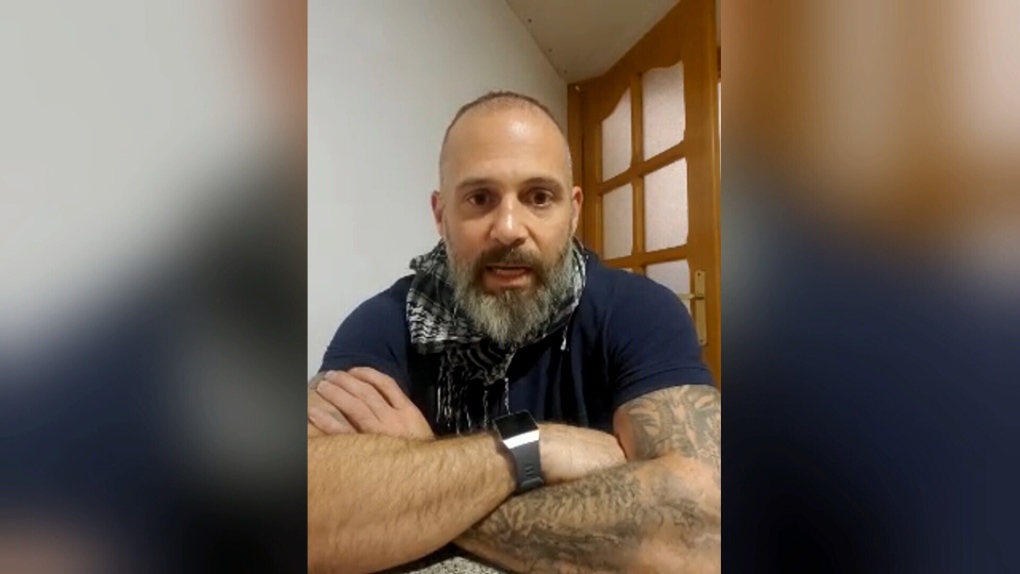 Mark Preston-Horin, of Victoria, is pictured in Ukraine over Zoom. March 11, 2022 (CTV News)

Lviv is a small city in western Ukrainian, not far from the border to Poland.

Mark chose the location because it was a bastion for refugees needing help, and that it was expected to be spared from the horrors of war.

His expectations are now proving to be wrong.

"We are expecting to have some bombs and missiles in the next few days," he said on a Zoom call Friday.

As Russian forces amp up attacks and begin to target military airfields in western Ukraine, Mark says he is faced with a choice he never wanted to make.

"It's going to get to the point where it's pick up a gun or head to the border," said Preston-Horin.

"I'm not looking forward to that decision."