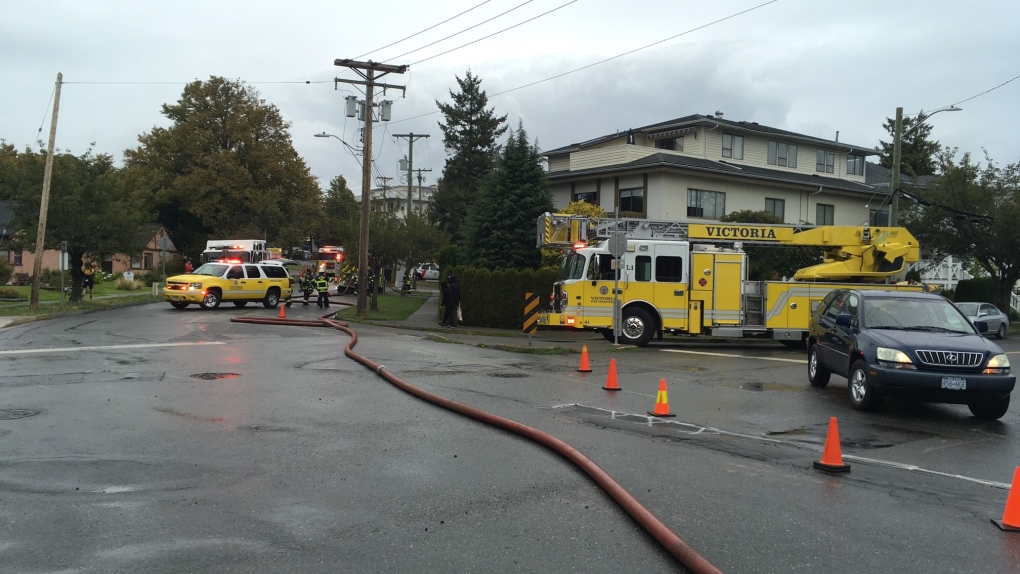 A fire in an apartment building on Heywood Avenue sent a man to hospital for smoke inhalation Thursday afternoon. (CTV Vancouver Island)

A fire in an apartment building on Heywood Avenue sent a man to hospital for smoke inhalation Thursday afternoon, fire crews said.

The fire broke out around 5 p.m. in the home on the street's 900 block, between Southgate and Pendergast streets.

Crews at the scene told CTV News Vancouver Island the man fell asleep while making french fries. He was woken by his smoke alarm and flames in his kitchen.

Victoria firefighters and police responded to the scene and fire inspectors were called in to investigate further.

Firefighters could not provide an estimate on the cost of damage to the building Thursday afternoon, though they said the damage was contained to just one suite.

The building was evacuated and traffic was diverted while fire crews worked to put out the blaze. Roads reopened after about an hour.