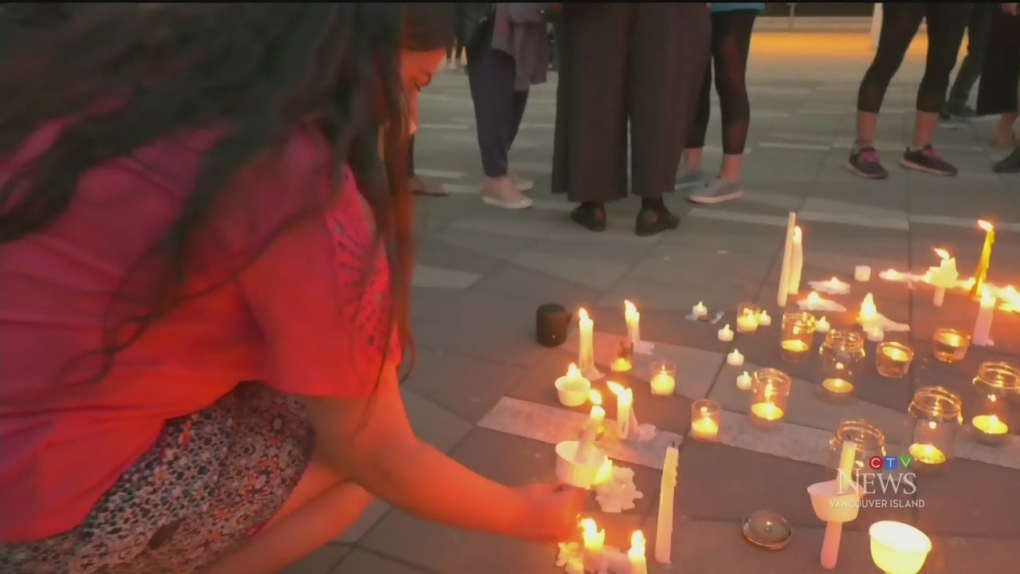 A vigil held in Vancouver for victims of the Beirut explosion is seen in this file photo. Victoria's Lebanese community is planning a vigil for Sunday night.

VANCOUVER -- With Vancouver Island's Lebanese community still reeling from the deadly explosion in Beirut on Tuesday, some of its members planned a vigil for Victoria's Inner Harbour Sunday night.

Soueid said everyone is welcome to join the vigil, which was scheduled to begin at 7 p.m.

Organizers planned to light candles to honour the victims of the tragedy, as well as observe a moment of silence, but Soueid said the event was not going to be highly structured.

While Sunday's gathering was meant to serve the community's emotional needs, fundraising efforts around the world have sought to help address the physical needs caused by the disaster.

On Saturday, a crowd lined up down the block and around the building at Victoria's Wrap N Roll restaurant, which was selling falafel wraps by donation, with all proceeds going to charities helping the victims of the Beirut explosion.

In total, the fundraiser topped more than $18,000, which owner Omar Aziz called "overwhelming."

"Thank you very much," he said. "Thank you everybody."