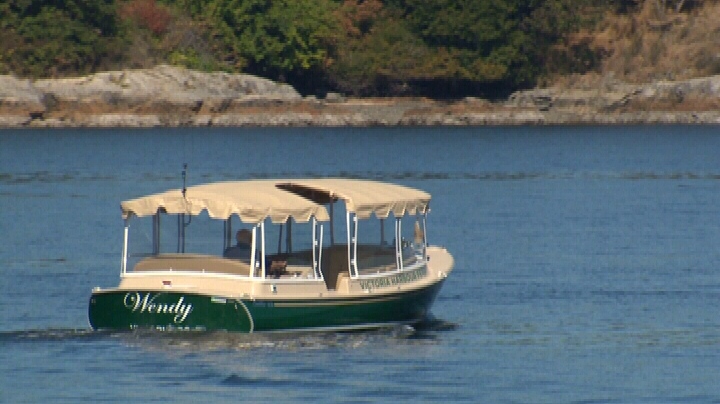 A ferry service in Victoria is expanding its fleet with two additional zero-emission boats, following the successful launch of its first electric vessel last year.

The vessels were built by Duffy Boats of California and brought over to Vancouver Island.

The zero-emission boats are propelled by a 3.5 horsepower electric engine, that’s powered by 16 batteries.

“No fuel, no emissions, no carburetors, no fuel injectors, no transmissions, none of that stuff that you have to associate with an internal combustion engine,” Hobbis added.

According to Hobbis, the boats will run five one-hour tours during the day, which will use up about 50 per cent of the battery. The vessels will then be charged overnight.

He also noted that the boats make a lot less noise, which will benefit passengers and residents along the scenic route.

The company owns a fleet of pickle boats as well, which will continue to operate. Hobbis said while those particular boats carry 12 passengers, the new electric boats will hold a total of 10 passengers.

The three electric vessels will go up the Gorge to the Tillicum Bridge as per usual, but Point Ellice House has been added as a new stop.

Hobbis said he’s confident that the new boats will do extremely well and hopes they can expand the fleet again in the future.