Victoria firefighters were dispatched to a fire on Quadra Street on Monday afternoon.

Approximately six reports of a fire at 516 Quadra Street near St. Ann's Academy and Auditorium were received by Victoria Fire at approximately 12:20 p.m., according to Victoria Fire Battalion Chief Gord Taylor.

"We arrived and found a fire was out back," said Taylor. "It was a chicken coop that had caught fire at the back of this residence."

"Beside the chicken coop was parked a Jeep and that also caught fire," added Taylor. "Then the shrubs caught fire and the fence caught fire and beside that, on the other side, was another truck. So, it was kind of a line of vehicles and fences that caught on fire."

Victoria Fire says that no human or chicken was injured in the blaze. One person, however, was looked over by an ambulance and taken to hospital for observation.

At this time, the cause of the fire is unknown but fire investigators do not suspect foul play at this time.

The preliminary investigation suggests that the fire may have been caused by a heater in the chicken coop, according to Taylor. 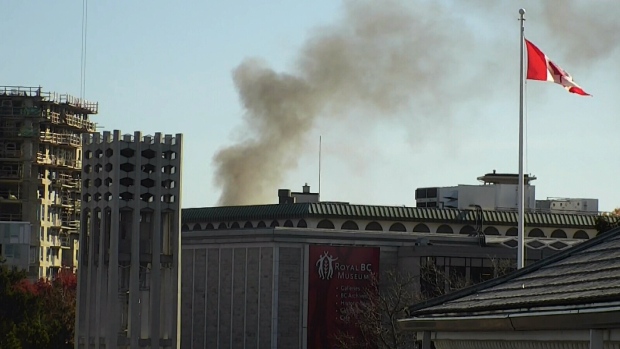