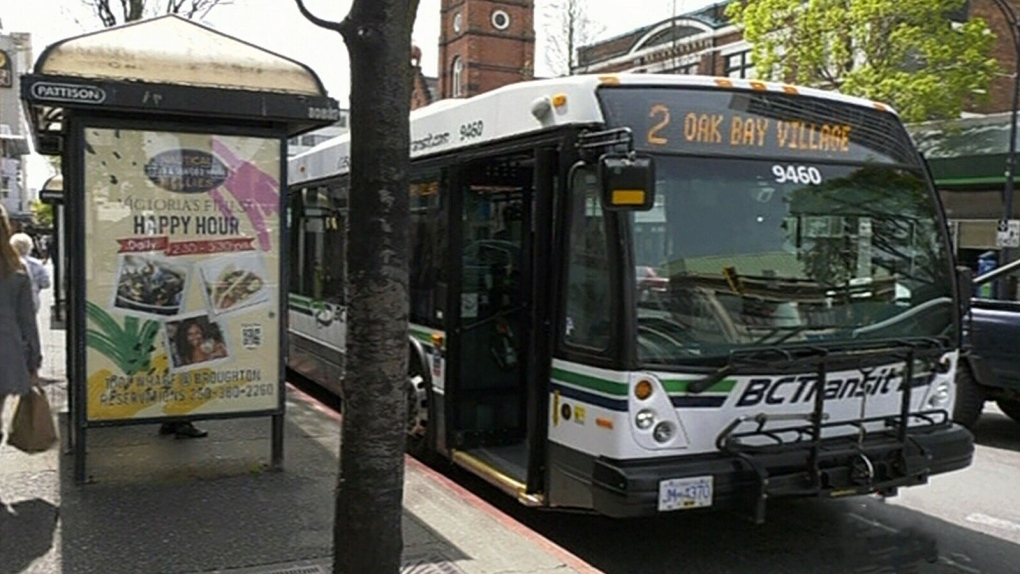 The cost of free transit passes is being offset by paid Sunday parking, which the city implemented in May. (CTV Vancouver Island)

VICTORIA – Victoria city staff have handed out more than 600 free bus passes to the city's youth since the free transit initiative launched on Tuesday.

Under the program, every Victoria resident under the age of 18 is entitled to a monthly all-access transit ticket.

As of 3 p.m. Monday afternoon – the fifth business day the passes have been available – demand for the free youth transit passes appears strong.

Due to concerns that the passes were only available from city hall during weekday business hours, the city says it will stay open until 7 p.m. on Thursday, Nov. 28 to accommodate those who cannot get downtown during regular hours.

Outside of those extra hours, the passes can be picked up between 8 a.m. and 4:30 p.m. Monday to Friday by a youth or their guardian with proof of age and residency.

The Victoria Regional Transit Commission voted earlier this month to provide the city with 7,200 free youth passes at a cost of $729,000.

Each monthly pass provides unlimited rides on BC Transit buses and handyDART services for registered handyDART customers. No replacement transit passes will be issued for lost or stolen cards, according to the city.

The cost of free transit passes is being offset by paid Sunday parking, which the city implemented in May.