A Victoria doctor that had asked her patients to pay a monthly $125 fee for expanded services says she's putting the idea on hold as her team reviews the policy.

Earlier this month, Dr. Perpetua Nwosu told her patients that the fee was for accessing services like longer appointments or home visits, while the money would be used for hiring more staff – such as nurses and mental health counsellors – as well as administrative and operational costs.

The announcement didn't sit well with everyone, however, with one patient telling CTV News that they had concerns about their future care since they couldn't afford the new fee. 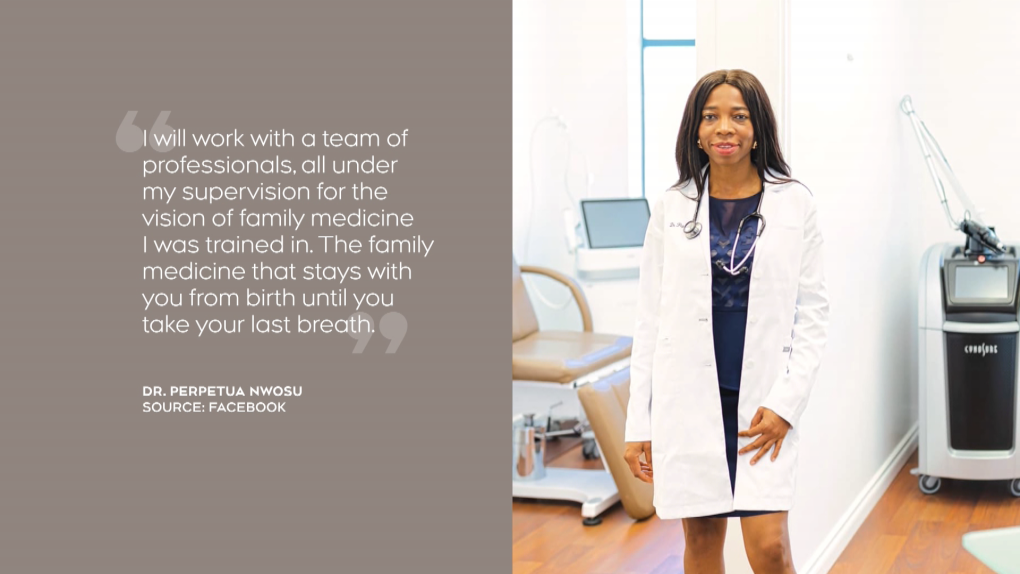 Doctors in B.C. can charge additional fees, called "block fees," but only for services that aren't covered by MSP.

Last week, the province said the Medical Services Commission was reviewing the proposed fee, which was set to begin in October.

This weekend, however, Nwosu sent patients a letter saying "the [retainership] scheme as it was originally stated is withdrawn while it is under review."

She added that her health centre is "committed to providing safe and efficient medical services for all patients."

"Dr. Nwosu is by no means the first physician to charge patients an additional fee for services that are not covered under the medical services plan," she said.

"The question we should be asking is not how dare this physicians do this, but how dare the government in a universal health-care system not adequately fund family doctors," she said.

With Files from CTV News' Robert Buffam and Bhinder Sajan.