Victoria crash sends two to hospital, one with life-threatening injuries 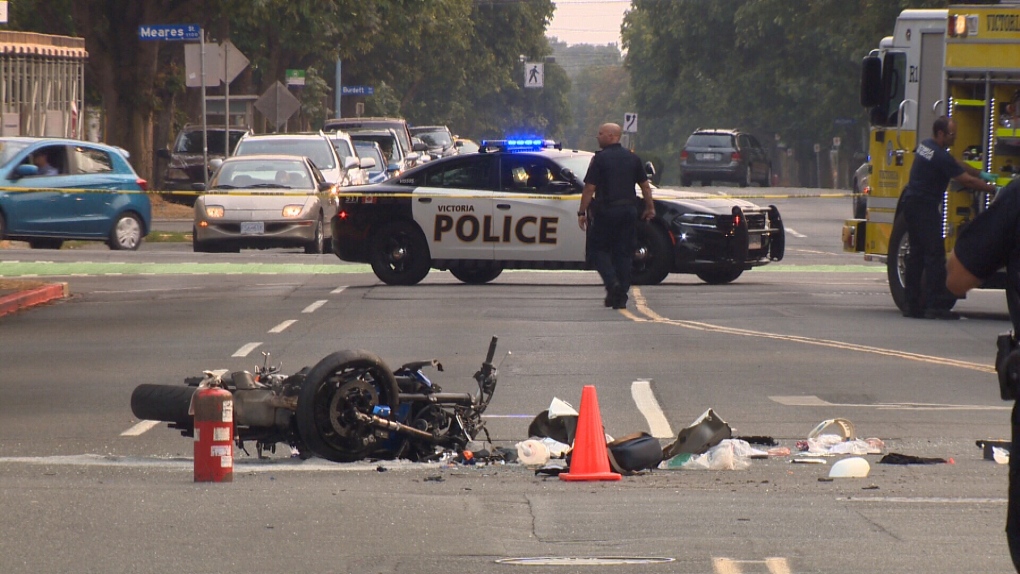 Police shut down Cook Street between Fort and Yates Streets as they investigated the serious collision. Aug. 13, 2018 (CTV Vancouver Island)

Two people were rushed to hospital, one with life-threatening injuries, following a crash in Victoria on Monday afternoon.

Police say they responded to a crash between a motorcycle and vehicle just before 5 p.m. on Cook Street.

Cook Street between Fort and Yates Streets was shut down for some time.

A witness told CTV News they heard a loud bang and saw a plume of smoke. They also saw a person from a nearby car dealership run and perform CPR on the motorcyclist.

No word on what caused the crash.

Cook Street is closed btwn Fort & Yates as we investigate a serious collision. #F1836003 pic.twitter.com/y6n09Oyw2c