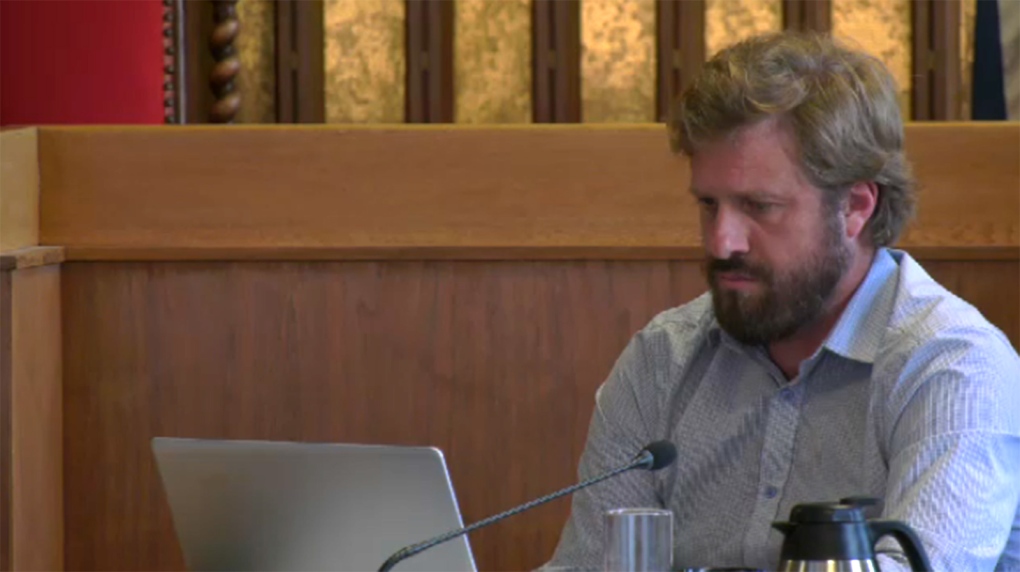 VICTORIA -- A Victoria city councillor is putting to rest rumours he was planning to abandon his council seat and run in the provincial election next month.

Coun. Ben Isitt says that while he will support progressive candidates in the Oct. 24 election, he will not throw his own hat in the ring as a prospective MLA.

Isitt had been rumoured to be seeking a seat with the Green party, which has yet to announce a candidate for either the Victoria-Beacon Hill or Victoria-Swan Lake ridings.

"I am announcing that I will continue to do the job that I have been elected to do – stand up for people and the planet as a city councillor and regional director in Victoria," said Isitt, who has served on council and the Capital Regional District board since 2011, in a statement Tuesday.

"I will be supporting progressive candidates in this provincial election who share the vision of a society that replaces colonization, climate chaos, capitalism and relations of dog-eat-dog exploitation with more balanced relationships," Isitt said. 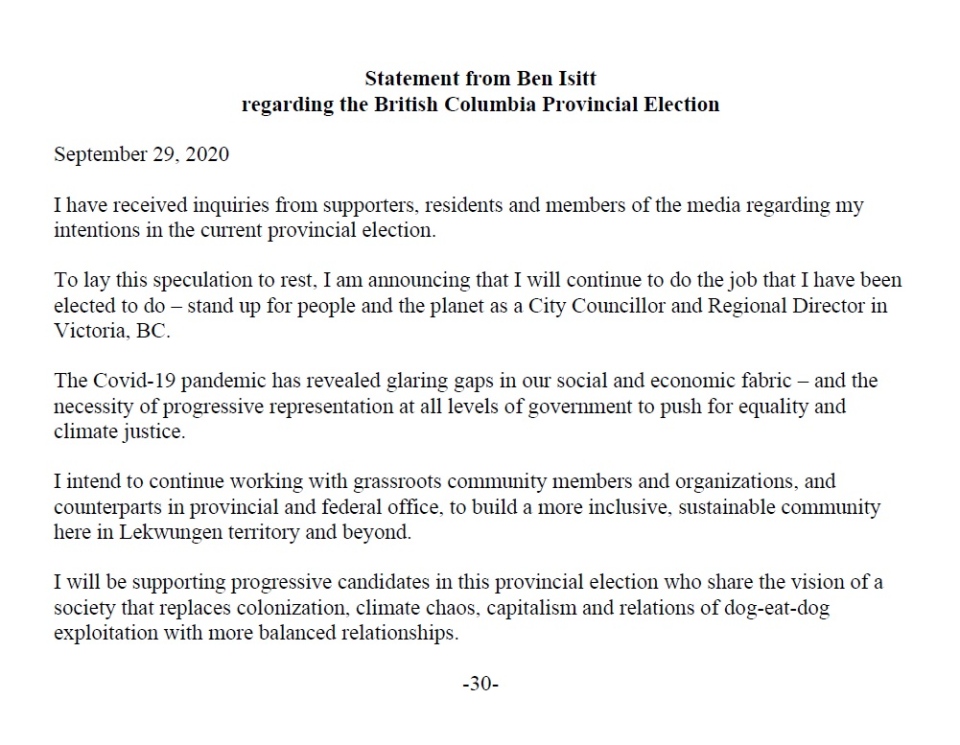