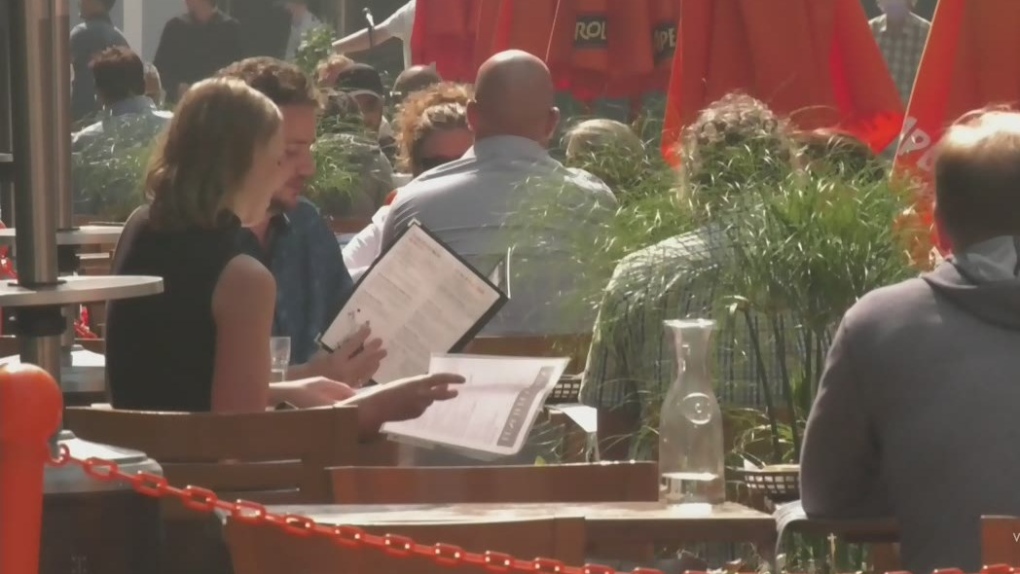 VICTORIA -- Businesses in the downtown core are hoping Victoria councillors will support making expanded patios a permanent feature in the city.

Victoria businesses are asking council to extend patio season into the winter. The permit for outdoor flex spaces is set to expire at the end of October, but the Downtown Victoria Business Association (DVBA) says it hopes council will vote in favour of stretching it into next year.

“Victorians have really embraced patio life,” said Jeff Bray, executive director of the DVBA. “I think they will throughout the winter, so not only does it keep restaurants open, but it also keeps staff getting more hours, which is important during the winter.”

Many restaurants in the city’s downtown core have relied on patios to keep the doors open during the pandemic.

On Thursday, council is expected to vote on the extension. A report made by city staff suggests extending the permit until March 2021, but Victoria’s mayor says she would like to see patios stick around until October 2021.

Mayor Lisa Helps says extending the rule a full year will bring it in line with the province’s expanded outdoor liquor allowances due to the pandemic.

“Some businesses have pretty robust ideas about how they are going to keep us warm while we drink our beer on the patios over the winter,” Helps told CTV News. “I expect it’ll be a novel experience, that is for sure.”

The general manager of the Irish Times Pub, Connor MacNeil, says the pub is already planning ways to winterize its patio.

If council votes to make the extended patios permanent, customers can expect a greenhouse or gazebo-style patio to pop up on the corner of Government and View streets.

Other businesses say in order for their winter plan to work, Government Street needs to be reopened to vehicle traffic. The DVBA is asking council to consider reopening a single lane of traffic that runs the entire street to allow for curbside pickup and deliveries.

“Being able to access Government Street for the winter months will be a critical part of how people shop in the winter,” said Bray.

Helps says that as long as reopening the street does not mean businesses have to scale back their outdoor spaces, she’s in support of the idea.