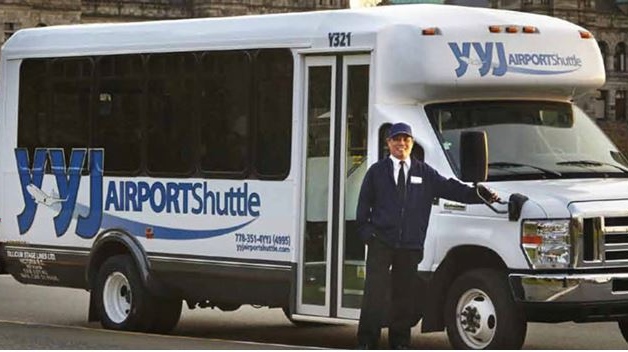 The Wilson’s Group has suspended the only shuttle bus service to Victoria International Airport indefinitely.

The company says it was forced to make the move after demand for the service dropped due to the ongoing pandemic.

The number of people requiring the shuttle to the airport was less than half of the number needed for the service to operate at the “break-even” mark, the company said.

“The ridership just isn’t there right now to make it a viable service,” said brand manager Samatha Wilson. “In an industry that was one of the hardest hit during the pandemic, we just simply can’t continue to run services that aren’t viable and the numbers just aren’t there to cover the costs of running it.”

The service had been shelved at the outset of the COVID-19 pandemic in March 2020. Wilson’s had relaunched the service in August 2020 as travel restrictions started to ease and more people were choosing to travel by air.

In an effort to maintain the service and reduce operating costs, the company modified its schedule from pre-pandemic levels. It reduced trips to the airport from its Capital City station in downtown Victoria to once every 90 minutes from the pre-pandemic schedule of a trip every 30 minutes.

It also eliminated scheduled pick-up and drop-off service at Victoria hotels to reservation only.

“With restarting the service we needed to change it a little bit due to making the service work the best we could,” said Wilson. “It ran from 4 a.m. to 12 p.m. so for a large chunk of the day it was operating.”

The Victoria Airport Authority says Wilson’s remains a valued partner of the airport.

“We are working with them in terms of providing traveller-number forecasts so that when numbers return to a sufficient level, they will be able to resume scheduled service to/from the airport,” said the VAA in an email.

Wilson says the company is working with its travel and hospitality partners, such as Destination Greater Victoria and VAA, during the winter months.

She says the Wilson’s Group will monitor the numbers of passengers travelling through the airport, with the goal of bringing back the shuttle service in the spring or summer 2022.

“We certainly want to see what we can do to make it work because it’s an important service for the airport, but we can’t make it work right now,” said Wilson. “We all have to make smart business decisions coming out of this pandemic and unfortunately this is one of those decisions we had to make, but we’re hopeful we can bring the service back in the spring or summer.”

Wilson says the suspension of the airport service did not result in any job losses for the drivers who operated the shuttle buses. She says staff we moved to jobs in other divisions of the company.