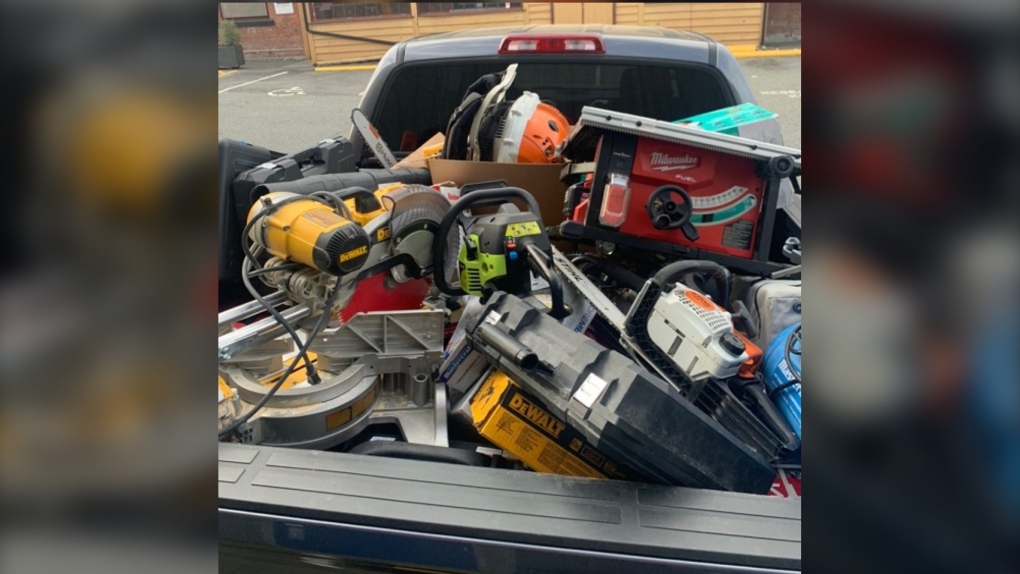 VICTORIA -- The Victoria Police Department recovered roughly $30,000 worth of stolen property from one man earlier this week.

On Tuesday, VicPD executed a search warrant on a storage locker located in the 3900-block of Quadra Street.

Inside, police found a range of stolen items, including power tools, liquor and a bicycle.

Police say that most of the stolen property is traceable and can be returned to its owners, with some items still having anti-theft tags attached to them.

The police department says the storage unit was associated with a man who was believed to be in possession of a large quantity of stolen items. 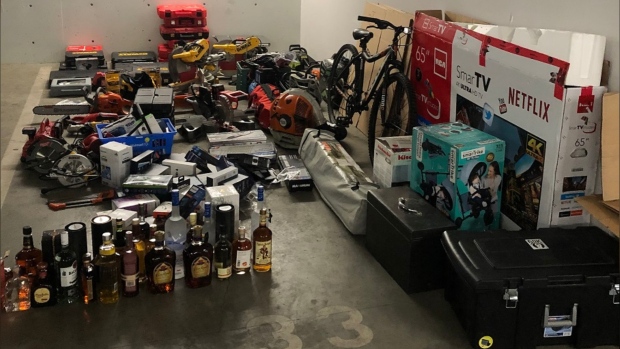 VicPD adds that property crime has been on the rise in recent weeks.

Police say since March 15, property crimes have increased by roughly 25 per cent, and overall calls for service have risen 22 per cent.

Property-related crimes appear to be on the rise in other areas of Vancouver Island as well.

On Wednesday, the West Shore RCMP said there was a dramatic spike in property crimes in March, including a 167-per-cent increase in car thefts in the area.

The West Shore RCMP detachment says it is considering hiring more police officers due to the increase in crime.

The Victoria Police Department is asking that community members keep an eye out for any suspicious activity.