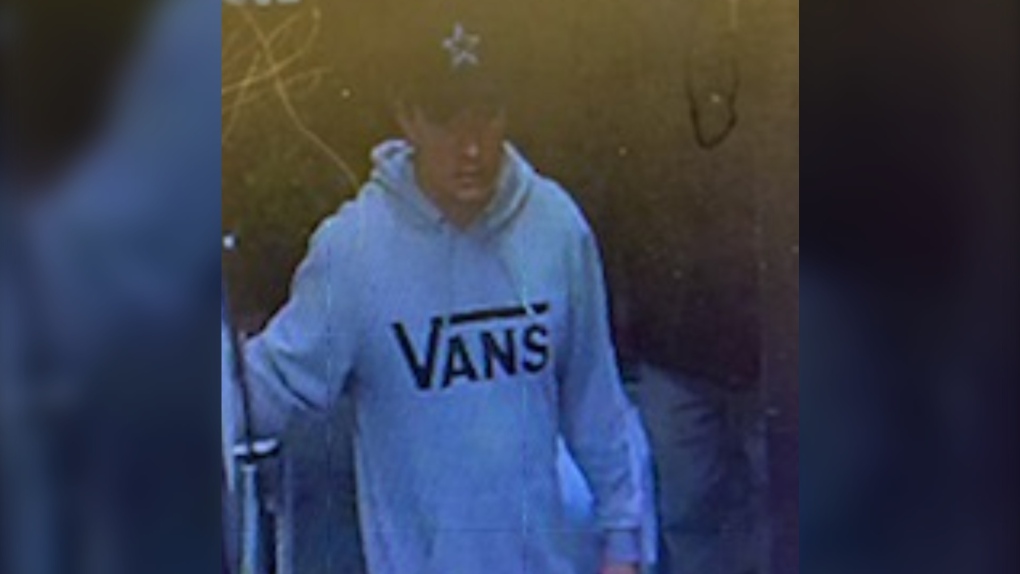 VicPD are searching for this man in connection to a recent hate crime and assault: (Victoria Police)

VICTORIA -- The Victoria Police Department is searching for a suspect linked to an alleged hate crime that involved an assault with a weapon.

Police say the incident occurred just after 1 a.m. Wednesday morning in the 1300-block of Douglas Street.

VicPD officers were called to the area for reports of an assault with a weapon. When officers arrived, they found a male victim suffering from non-life threatening injuries.

Witnesses at the scene told police that the suspect attacked the victim while shouting “derogatory terms” about the victim’s sexuality.

The suspect then fled the area with a small group of other people.

The victim, meanwhile, was taken to hospital for treatment of his injuries.

Police are now seeking the public’s assistance in identifying and locating the suspect, who was captured on surveillance video.

He is described as a white man with blonde hair. At the time, he was wearing a grey hoodie, black pants and a black baseball hat.