VicPD searching for missing man who may have travelled to Sooke 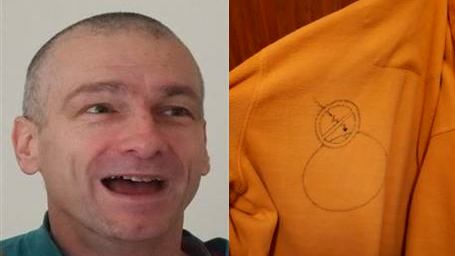 VICTORIA – Victoria police are seeking the public's assistance in locating a missing who was last seen Monday.

David Atkins, 64, was last seen in the Fairfield area in the 900-block of Collision Street on Dec. 2. Police say that since then, Atkins may have travelled to Sooke and could still be in that area of the island.

Atkins is described as a white man who stands 5' 8" and weighs roughly 159 pounds. He has brown hair, brown eyes and is known to usually where a distinct symbol on his clothes. The circular symbol is seen in the photo above.

Friends of Atkin's say they are concerned for his well-being.