VicPD search for man after $2,000 in property stolen from parkade 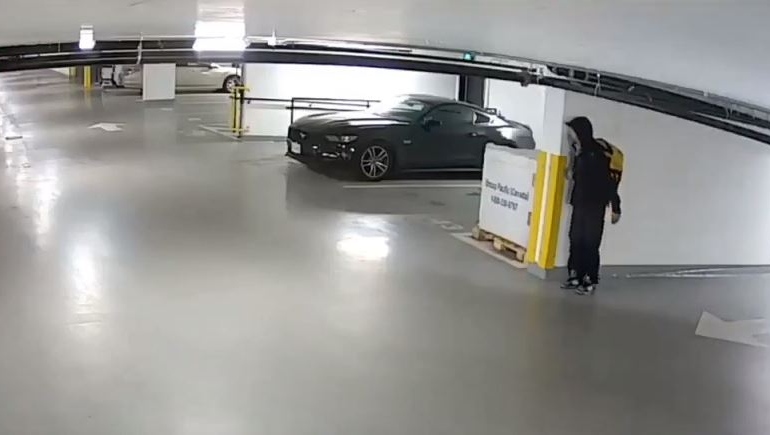 Victoria police say roughly $2,000-worth of items were stolen from an underground parkade last weekend: (VicPD)

VICTORIA -- Victoria police are searching for a man after roughly $2,000 worth of personal items were allegedly stolen from a residential building’s underground parkade over the weekend.

Police say they received a report of the break-in on Saturday morning and that the theft occurred overnight.

Video surveillance in the parkade shows a man enter the parking area by following a vehicle, which had opened the parkade’s gate to enter.

“This is a method of entry commonly used by property criminals,” said VicPD in a release Friday.

A victim told police that their vehicle was broken into and that their storage locker was accessed during the theft. In total, cycling gear, bicycle wheels, tools and other items were swiped from the parkade.

Victoria police are now searching for a white man who stands approximately 5’ 10” with a slim build. He is roughly 30 to 40 years old and was wearing a dark hooded sweater, a toque and dark pants with reflective markings on the lower leg at the time. He was also carrying a black and yellow backpack.

Earlier this week, VicPD warned of a dramatic spike in break-ins to storage spaces and underground parkades compared to last year.

At parkades specifically, break-ins are up 40 percent, for a total of 194 incidents reported so far this year.

To help protect yourself from theft, police recommend improving locks and lighting in storage areas, or storing high-value items inside your home.

Valuables should never be left inside a vehicle and above-ground properties should be “friendly but clearly private” with fences, hedges, or lights outlining your property, say police.

VicPD also recommends that people take pictures of their bikes, tools and other important items and record their serial numbers in case they are stolen but are later found and can be returned.

Anyone with information on the recent underground parking theft, or who may recognize the suspect, is asked to call VicPD’s non-emergency line at 250-995-7654 or call Crime Stoppers anonymously at 1-800-222-8477.

Anyone who spots something suspicious taking place at a parkade is asked to call the police non-emergency line as well.