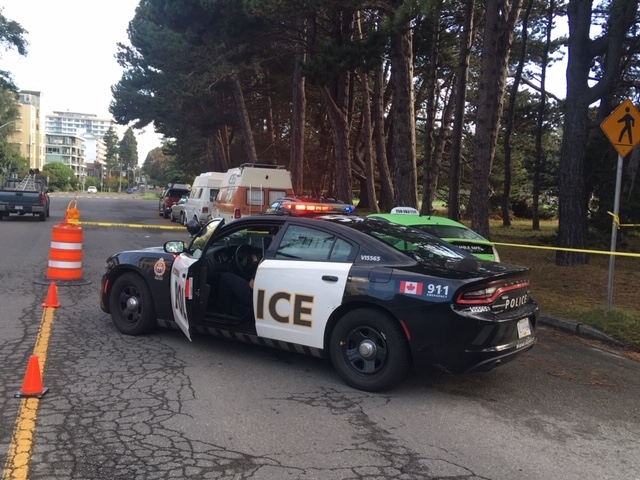 A number of vehicles and a swath of woods in Beacon Hill Park are behind police tape Friday morning.

Victoria Police say they are responding to a reports of a sudden death in Beacon Hill Park.

Officers were called to the Dallas Road at Camus Circle area of the park just after 7:15 a.m. this morning for reports of an unresponsive person. When police arrived, they determined that the person was deceased.

As of approximately 10:30 a.m., a van vehicle had been towed from the area and traffic had reopened.

Police say the investigation is in its early stages.