VicPD arrest man for jumping onto car and smashing windshield 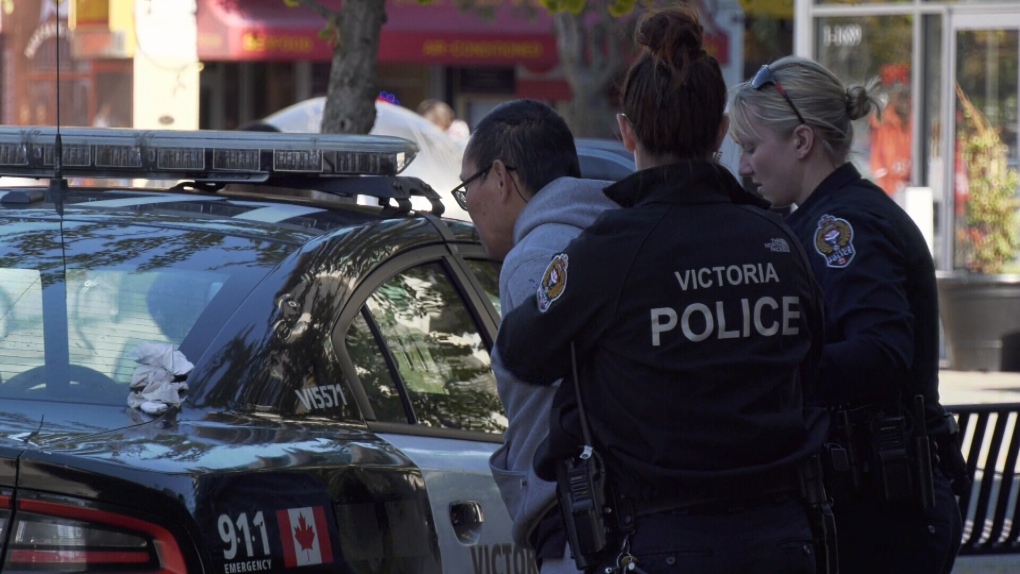 Victoria police arrest a man for allegedly climbing onto an unoccupied parked car and smashing its windshield: Oct. 10, 2019 (CTV News)

Victoria police arrested a man for allegedly climbing onto the hood of an unoccupied parked vehicle and smashing its windshield on Thursday afternoon.

The destructive incident took place on Government Street next to Centennial Square in front of surprised bystanders.

The owner of the vehicle, Joey Baillargeon, said he returned to his parked car and found a crowd of people standing around it.

According to Baillargeon, the crowd told him that they had called the police as a man had climbed onto the car and started kicking in the windshield.

"[There was] no reason — random," said Baillargeon. "I've never seen the guy before, I just randomly parked here."

"I'm a little taken aback by the whole situation," he added. "I haven't really decided what I feel yet to be honest."

When police arrived, witnesses pointed out the man who they say did the damage who had sat down near the scene. He was taken into custody without incident.