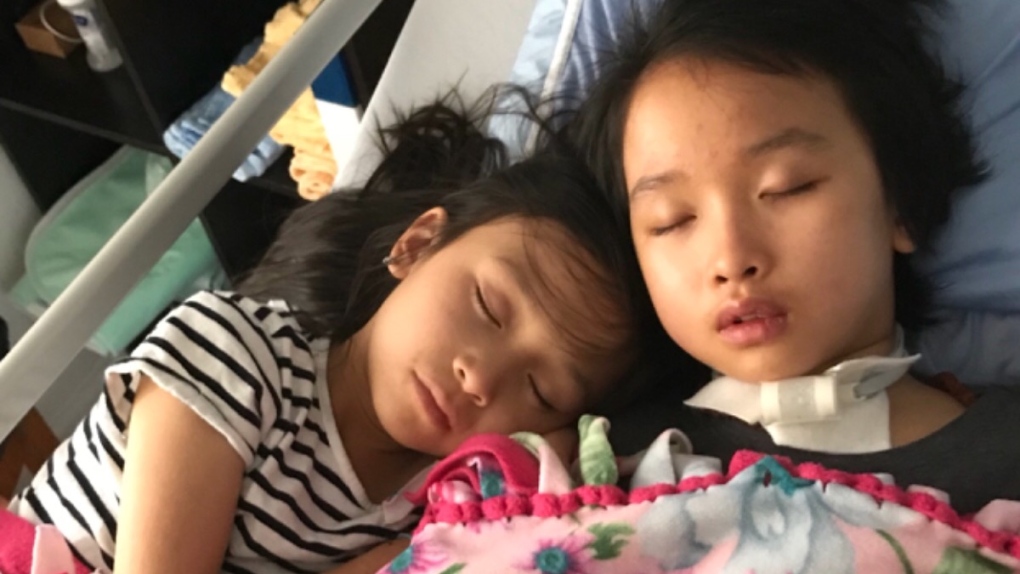 Leila Bui was 11 years old when the crash occurred at a marked crosswalk in December, 2017: (GoFundMe)

VICTORIA -- The trial judge in a high-profile case of dangerous driving that left an 11-year-old Saanich girl with traumatic brain injuries is set to deliver his verdict next month.

Tenessa Nikirk, 21, has pleaded not guilty one count of dangerous driving causing bodily harm for a crash that left Leila Bui with severe brain damage among other injuries when the young girl was walking on a marked cross walk on her way to school in December 2017.

The judge will render his verdict on Jan. 27.

Over the course of the trial, a video expert hired by police testified that Nikirk's vehicle was speeding in the area, at some points in excess of 100 km/h in a 50 km/h zone, before the crash.

Witnesses also testified that Nikirk was texting while driving and crossing a yellow line into the oncoming traffic lane to pass vehicles before the crash occurred.

The driver's lawyer, Tom Marino, argued that while Nikirk's vehicle was speeding and crossing the centre line to pass vehicles, she had returned to the correct lane roughly 580 metres before Bui was struck and was only travelling at approximately 53 km/h when the collision occurred.

He also claimed that Nikirk was unable to see Bui due to a vehicle in front of her and insisted that road conditions were icy at the time, calling the crash an "inevitable accident."

Leila, now 12 years old, suffers from what the Crown describes as "catastrophic injuries," including a permanent brain injury, a broken neck and a ruptured spleen.