Vegan butcher plans to open flagship Victoria store in May 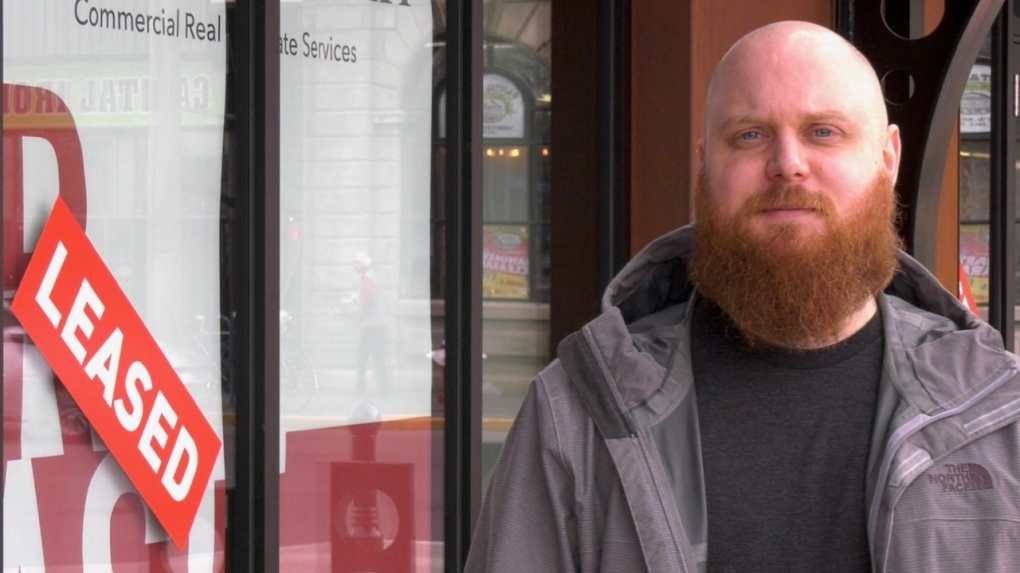 James Davison is the co-founder of The Very Good Butcher and the company’s chief research and development officer. (CTV)

VICTORIA -- Victoria's popular self-proclaimed "bean butcher" has decided to expand its operations with the opening of a new flagship downtown store this May.

The Very Good Butcher, a plant-based food company offering meat alternatives, says it has outgrown its current location in the Hudson’s Public Market on Douglas Street.

The new location at 515 Chatham St. will be 1,200 square feet in size, plus patio space. The extra room will allow the company to have more-flexible, later hours, as well as to offer a wider variety of menu options, including beer and wine.

“We are very excited.”

The co-founder of the vegan food company says the décor in the new store will be a little more “upmarket,” but will maintain the same vibe.

“It’s going to be a butcher shop and restaurant,” Davison says. “So there will be your deli, everything you’ve come to expect from the shop downtown; all your ‘meats’ and ‘cheeses.’ We’ll have a few extra salads, takeaway items and more of a sit-down restaurant as well.”

The new store, along with a second location opening in Vancouver, will serve as “blueprints” for future expansion across North America and hopefully the globe, says Davison.

The company’s recent public stock offering in 2020 proved to be very successful, creating the opportunity to grow the vegan butcher shop and eatery concept into other markets.

The Very Good Butcher will also be opening a new production facility in Vancouver and is in the process of developing new plant-based products.

More information on the company and its products can be found on its website.