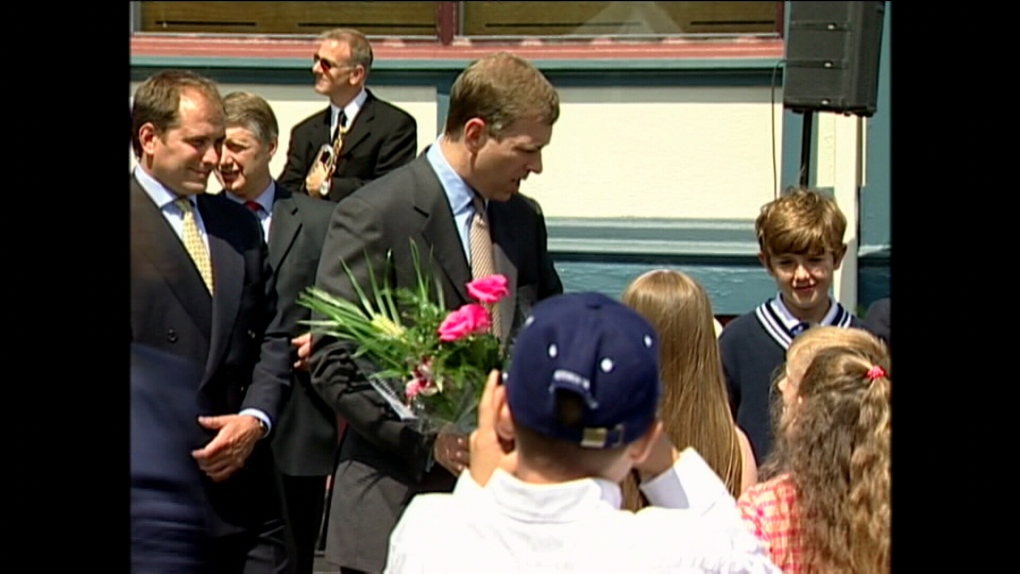 VICTORIA – Two Vancouver Island yacht clubs have dropped Prince Andrew as their official patron in the wake of revelations about the Duke of York's relationship with convicted child sex offender Jeffrey Epstein.

The Royal Victoria Yacht Club removed portraits of the British prince from its offices this week but declined to comment on the move when CTV News called and visited the organization Tuesday.

Likewise, on Tuesday morning the Maple Bay Yacht Club in Duncan removed Prince Andrew's official patron status from its website. A phone call to the club's officer in charge of patronage was not immediately returned and CTV News was told no one else was available to comment on the decision.

The 59-year-old disgraced prince stepped down from his royal duties last week with the approval of his mother, Queen Elizabeth II.

The move came in the wake of a disastrous television interview in which Andrew tried to justify his long-standing friendship with Epstein, even after the latter had been convicted of procuring a minor for prostitution and faced several more charges of trafficking children for sex.

On Friday the board of Britain's Royal Philharmonic Orchestra announced that it was cutting patronage ties to the Queen's third-eldest son.

The prince is facing mounting calls to provide information to U.S. law enforcement agencies and to lawyers who are investigating crimes committed by Epstein and his associates.

Lawyers for Epstein's victims believe Andrew may have valuable information about the late financier's sex offences.

When Epstein died in a New York jail in August, he was facing charges of trafficking in underage girls who provided sexual favours to the powerful men visiting his luxury properties in New York, the Caribbean, and elsewhere.

Andrew announced in a statement Wednesday that he is "willing to help any appropriate law enforcement agency with their investigations, if required" but did not volunteer to provide evidence.

The prince may still face legal questioning about allegations that he had sex with a girl provided by Epstein when she was just 17, a charge he has denied and that she insists is true.

Epstein, 66, died on Aug. 10 while in jail on sex-trafficking charges in what New York's medical examiner ruled was a suicide.