A Vancouver Island woman is desperately searching for her missing dog, who can help with her diabetes in an emergency.

Ciara Cownden has been living with diabetes for 19 years. "I have type 1 diabetes," she told CTV News. "I’ve had a couple of close calls before."

If Cownden’s blood sugar were to suddenly drop, she could be in big trouble, especially without her companion.

"So having that dog there to bring you what you need immediately, especially if you’re alone, it can be a life saver," she said. 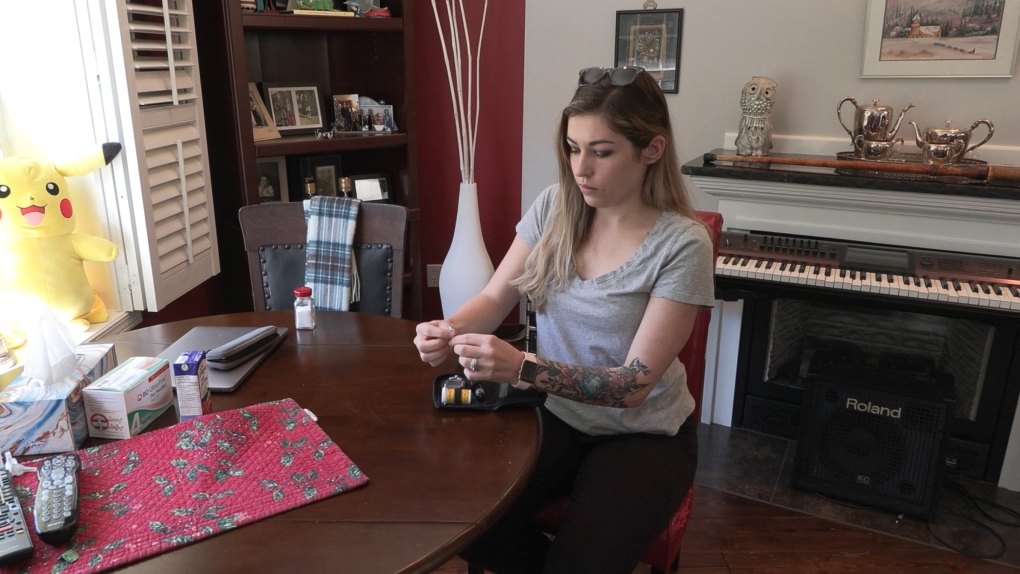 "When your blood sugar drops, your ability to think clearly isn’t there," said the dog owner.

In an emergency, the ten-month-old pup calms her down, preventing her from panicking. But now, Daisy is missing.

While out for a walk on May 12 near Shawnigan Lake, Daisy slipped out of her GPS collar. Then, something startled her and she ran into the bushes.

The following day, Daisy was spotted on the other side of the lake, a good 20 kilometres away near the Village of Shawnigan Lake.

"She hasn’t been spotted in about three and half days now," said Cownden on Friday.

More than 200 posters have been put up around the area. Search parties have also gone out with no luck. 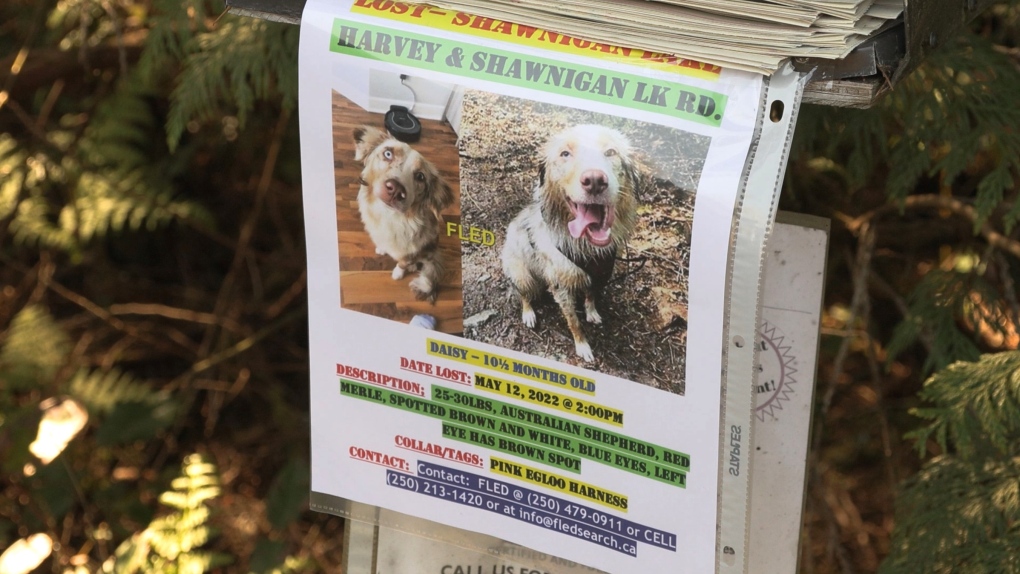 A missing poster is shown in the Shawnigan Lake area. (CTV News)On Friday, animal recovery group FLED launched a drone in the hopes that Daisy could be found.

"There's a bear we’ve found on the other side of the swamp here that’s been hanging around," said Gary Shade, co-owner of FLED.

Shade thinks the bear may have sent Daisy into the nearby hills.

"She’ll eventually come out," he said. "She may not find anymore rabbits to eat and she’ll work her way down."

"Someone will be walking and just stumble across her, but we just need that one sighting, that’s all it takes," he said.

Daisy is roughly 25 to 30 pounds. She's white with brown spots and has blue eyes.

"Don’t try to chase her, she’ll run away because she’s too scared," said Cownden. "Normally she’s a very social dog with other dogs, people, with everybody. But at this point she’s too scared."

After 'Freedom Convoy,' Canadian flag has taken on new meaning for some this year

The 'Freedom Convoy' demonstrations that gridlocked the streets of Ottawa in February may seem a long way off in the July sun, but the memory of protesters draped in flags, waving them while singing the national anthem and hanging them from the trucks whose horns blared day and night is still fresh for locals.

Police officers in cruisers, on foot patrol and on bicycles are patrolling the Parliamentary Precinct, the ByWard Market and the so-called 'motor vehicle control zone,' as the city prepares for Canada's 155th birthday celebrations and possible protests.

Multiple crashes involving bears in a B.C. national park earlier this month prompted a crackdown on drivers in the area, according to the B.C. Highway Patrol and Parks Canada.

The Royal Canadian Navy says it has relieved the commanding officer of a warship in the Pacific Fleet.

A rare portrait of Diana, Princess of Wales, will be on public display for the first time after it was recently sold for US$201,600 at auction.

Saanich police will hold another update on a deadly shooting that took place on Tuesday afternoon, leaving two suspects dead and six officers with gunshot wounds.