Vancouver Island under fog advisory, with 'near-zero' visibility in some areas 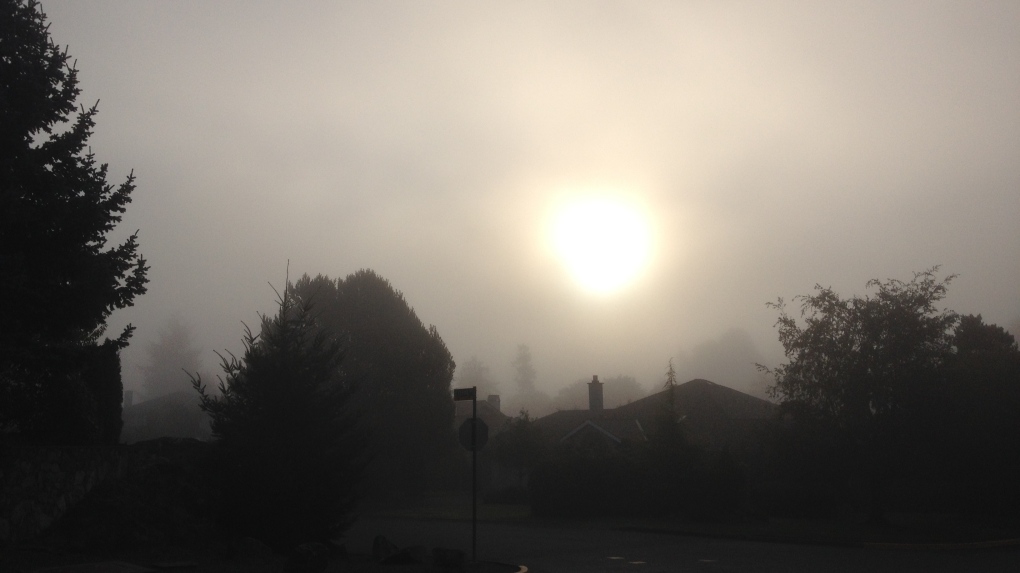 Environment Canada says reduced visibility is expected or occurring in all areas except for the northernmost portion of the island. (File photo)

A fog advisory has been issued for much of Vancouver Island, including Greater Victoria, on Monday.

Environment Canada says reduced visibility is expected or occurring in all areas except for the northernmost portion of the island.

The advisory also covers the southern Gulf Islands and the Sunshine Coast.

"Areas of dense fog have developed early this morning as a ridge of high pressure continues to build over the province," the weather office said in a statement early Monday morning. "Visibility may be significantly and suddenly reduced to near-zero."

Travellers are advised to be prepared for slower traffic in some areas, including along the Malahat highway.

"If visibility is reduced while driving, slow down, watch for tail lights ahead and be prepared to stop," Environment Canada said.

The fog is expected to lift in the afternoon.