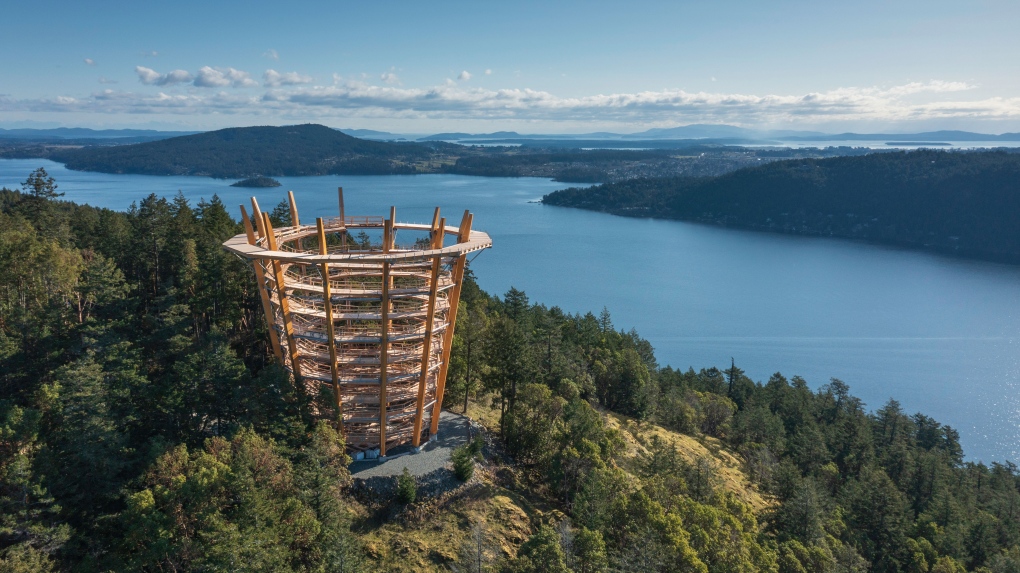 The City of Langford in partnership with the Malahat Nation and the Sooke to Port Renfrew Tourism Association has launched a new tourism collective known as the "Spirit Loop" to promote the unique outdoor and adventure experiences on southwest Vancouver Island.

The Malahat Skywalk is just one of the many destinations included in the loop that takes the traveller from Langford through Sooke to Port Renfrew, along the Pacific Marine Circle route to the Cowichan Valley.

“We really needed to stand out and be authentic,” said Langford business and development manager Donna Petrie. “We decided on 'Spirit Loop' for the campaign because it spoke to the spirit of collaboration of community, adventure, connecting to the lands and our indigenous communities.”

The Malahat First Nation sees the Spirit Loop marketing campaign as a way to put the First Nation and the surrounding communities “on the map” in a bigger way.

“It's really a way to highlight that there is more to the South Island that what’s in the core of Victoria or the Cowichan Valley – that there’s a whole region in between,” said Malahat Nation chief administrative officer Josh Handysides.

“The Malahat Skywalk has already been recognized on the world stage and it really opens the door for us to be able to develop more tourism product in the Malahat area,” he added.

Langford’s mayor says the Spirit Loop tourism collective allows its partner agencies to promote the unique tourism experiences in the region. He says it is a focused way to boost the tourism economy in each community.

Tourism operators in Port Renfrew also see the benefit of the collaborative approach of marketing the region as an outdoor and adventure tourism destination.

“Now we have an opportunity for the rest of the world to discover who we are, where we are and what we have to offer,” said Port Renfrew economic development director Peter Dukakis. “The most important thing we are doing is exposing people to the beautiful nature that we live in and we really want to be a part of their next journey and their next story.”

A documentary-style film was produced to accompany the launch of the Spirit Loop tourism collective. The 14-minute video highlights the wide range of cultural, culinary, outdoor and adventure tourism experiences available along the Spirit Loop.

“The intention of the documentary was to approach traditional tourism marketing in a memorable way,” said Petrie. “It captures the journey of a curious, adventurous traveller reconnecting with his own spirit while touring the loop.”

Though the goal of the Spirt Loop tourism marketing collective is to highlight the region to national and international travellers, the partner agencies hope that people living on Vancouver Island will also take advantage of the unique experiences.

“There’s so much that most people on the South Island and Victoria don’t realize is just an hour's drive away,” said Handysides. “This is a chance for the nations, cities and businesses around us to come together and give a real example of what reconciliation can be."