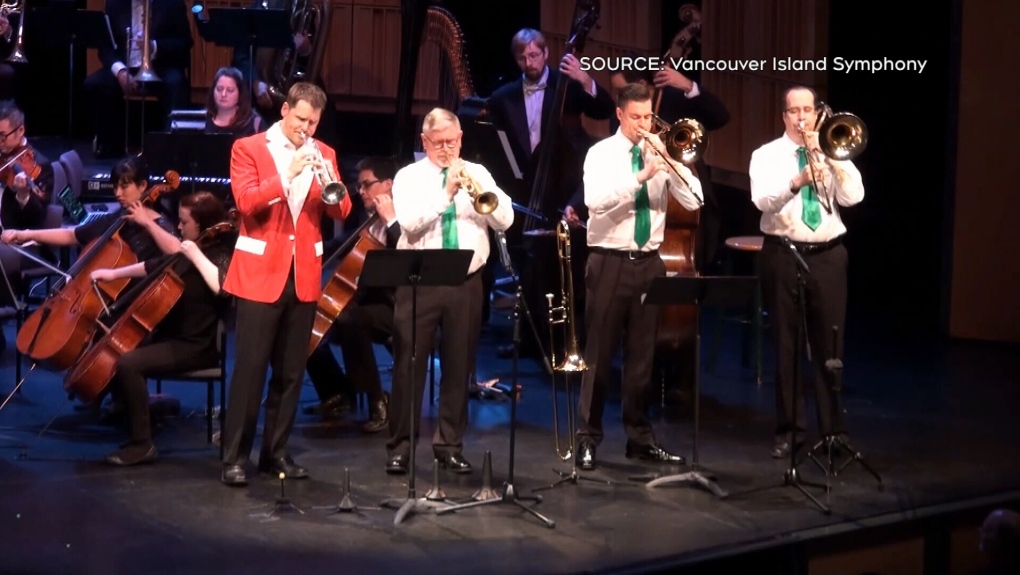 The Vancouver Island symphony is set to deliver some holiday cheer to the Mid- and North Island through a series of Christmas concerts this weekend.

The series, "Keep Calm and Carol On," features four shows across Campbell River, Courtney, and Nanaimo.

"(It’s) really just a celebration of the fact that we haven’t had a real big Christmas celebration of music up island with the Vancouver Island Symphony," said principal trumpet player, Stevan Paranosic.

The symphony’s back row brass section is teaming up with its festival brass for its largest concert of the year.

"We did a series of concerts last summer with the brass group for only 50 people. So, the chance to get back into the big theatre, like the Port Theatre, or the other theatres we’re playing at this weekend, for a large audience is just going to be phenomenal," said Paranosic.

The ensemble of 13 musicians is set to perform some classic holiday favorites – with a full brass sound.

"We’ll just be hitting you in the face with a lot of sound. It will be a bit like being at a rock concert but it’s a Christmas concert," said Paranosic.

"(We're) mashing up some Christmas music with some traditional classical music and putting both of them together," he added. "And we'll be presenting some offbeat arrangements just to add a bit of quirkiness and some fun to it."

Keep Calm and Carol On begins Friday night at the Sid Williams Theatre in Courtney. Two shows are scheduled for the Port Theatre in Nanaimo on Saturday before the concert series wraps up at the Tidemark Theatre in Campbell River on Sunday.