What has already been a busy year of intense weather systems on Vancouver Island got a little busier this past weekend.

This time, it wasn’t the heat or a bomb cyclone, but an intense atmospheric river that dumped record-breaking rain and impacted B.C. in a huge way.

At this time of year we’re used to seeing storms pass over the island and rolling across the mainland. What’s concerning this year, however, is the intensity and regularity of these intense storms.

On Saturday things picked up with steady rain firing up in the afternoon. Aside from a couple of breaks here and there, the rain rolled right into Monday morning. This system had a wide reach with a path approximately 200 kilometres wide at times. 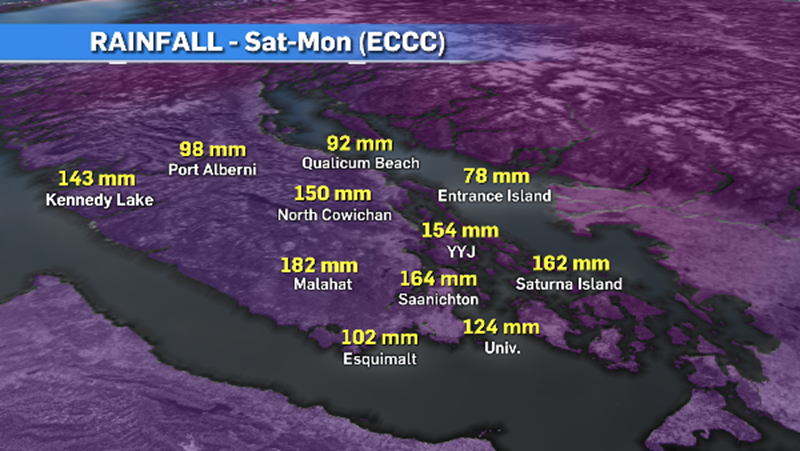 The storm negatively impacted communities across Vancouver Island and the mainland, with town-wide flooding, washed out roads and power outages spread throughout the province.

Warm air within this system also contributed to the problem. With those warmer temperatures, snow we had already received in high-elevation areas melted over the weekend. The runoff helped create and strengthen mudslides and made rivers and streams overflow their banks.

The 48-hour event led to some impressive and concerning numbers. 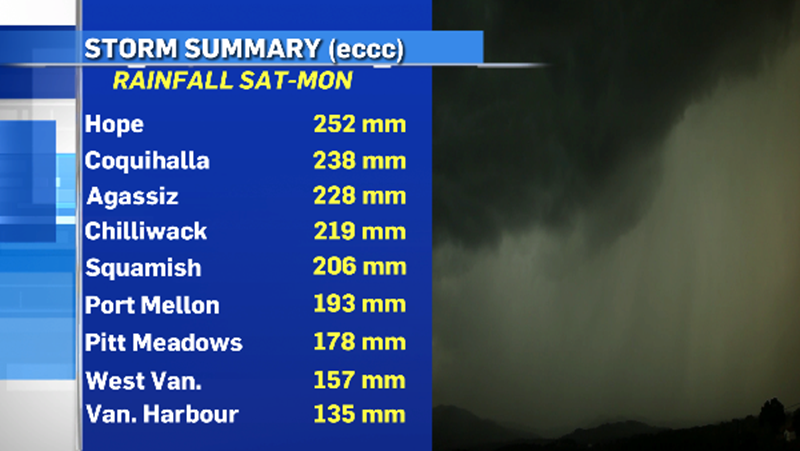 In just a few months we’ve gone from a very dry spring and drought-filled summer to a Pineapple Express that made the dry conditions a distant memory.

We’re just starting our storm season. There’s much more to come and we’ll have to prepare for more moisture as we are dealing with a La Nina season which typically brings more moisture than a typical year.