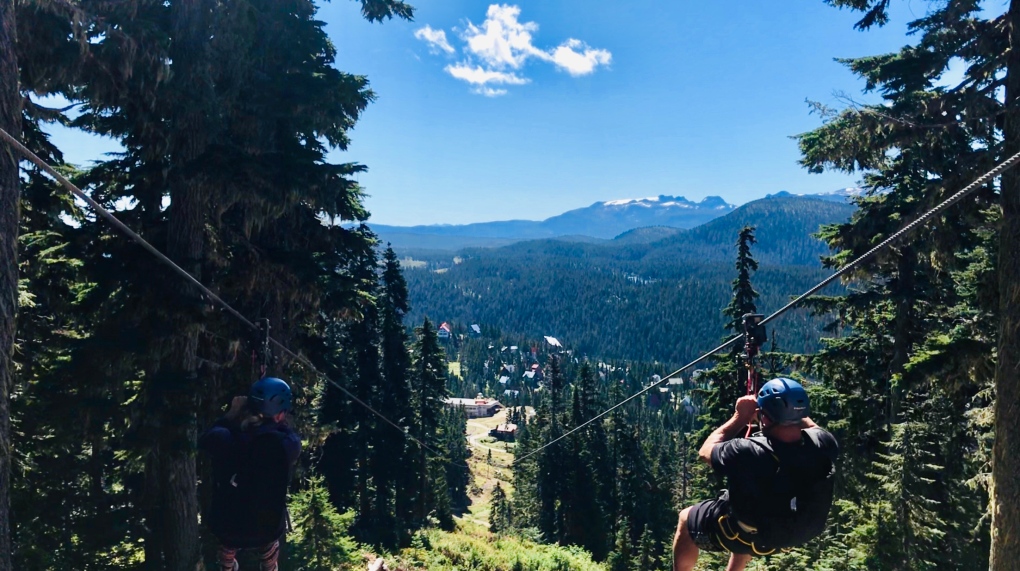 Mount Washington has officially opened its much anticipated ZipTour Centre, making it the longest zipline on Vancouver Island.

The bottom two lines of the massive zipline course, known as the Hawk Excursion, are open for tours and measure over 500 and 700 metres long.

The zip tour will eventually consist of four ziplines in total, with views that are said to be breathtaking.

The current Hawk Excursion tour takes approximately two to three hours to complete, with speeds that can reach up to 100 kilometres an hour.

Prices for the tour range from $59 for children to $89 for adults.

Weather permitting, the company hopes to have the zipline running daily until the Thanksgiving long weekend.

Visitors are encouraged to go to the Mount Washington Alpine Resort website to reserve a ZipTour.