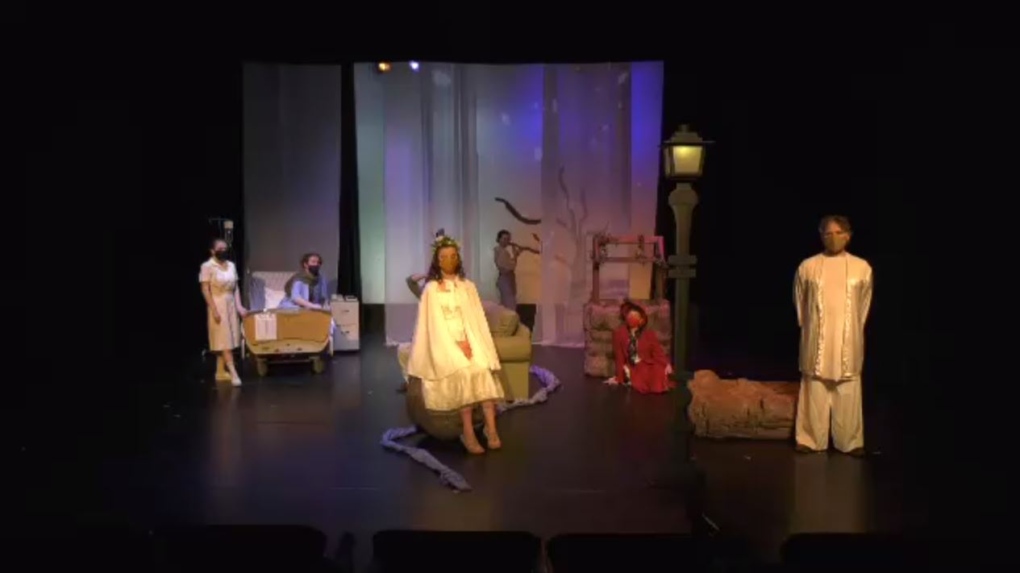 The Canadian College of Performing Arts’ studio ensemble has launched its latest production, Secret Love in Peach Blossom Land, which will serve as the kick off to the island college's 2021/22 season.

“The show is about two competing shows rehearsing on the same stage,” says director Derek Chan. “They are both related to stories of love, loss and memories.”

'Secret Love' is a romantic drama, and 'Peach Blossom Land,' a riotous comedy. Two theatre groups, mistakenly double booked in the same rehearsal space, discover how to coexist with each other while rehearsing very different plays.

The show will be the first time that students from the Oak Bay-based college have performed in front of a live audience in the theatre since the pandemic began.

There have been several virtual performances in the past 20 months. This production will be the first to offer both.

“I’m really excited to do this play,” says Mackenzie Langdon, a third-year student at the college. “This is our year’s first opportunity to do a play in front people who are outside of the student body.”

Taiwanese playwright Stan Lai (Lai Sheng-chuan), wrote the iconic play, which has become popular in contemporary Chinese theatre and has been performed over 10,000 times worldwide in the past 30 years.

“This play is a metaphor for the way that we live alongside each other,” says Chan. “And sometimes when we actually listen to each other, things start to blend and new stories start to come out.”

Chan is an award-winning playwright, director and performer who is originally from Hong Kong and now lives in Vancouver.

Secret Love in Peach Blossom Land resonates personally for the director as it represents stories that have lived within his own family for generations.

Students from the Canadian College of Performing Arts (CCPA) were involved in every aspect of the production, from performances and original musical compositions to set design, costumes and lighting.

Langdon herself plays multiple characters in the play, such as ‘Blossom’ and ‘Woman in White’.

“I’ve had to work very hard to develop different physicalities and different vocal qualities to each of the three characters,” she says. “Especially since they are very similar, so that the audience can differentiate between all three. That’s been really challenging, but it’s been really exciting to get to do that work.”

Other performers say they hope the play will resonate with audience members.

“This play is so much about gratitude and kindness,” according to Williams-Penney. “There is an immense amount of kindness from all the characters in the show by the end.”

Sixteen cast and crew members are involved in the production, which runs from Oct. 21 to Oct. 24.

Tickets are available for in-person or live-streaming viewings and can be purchased through the Canadian College of Performing Arts website.