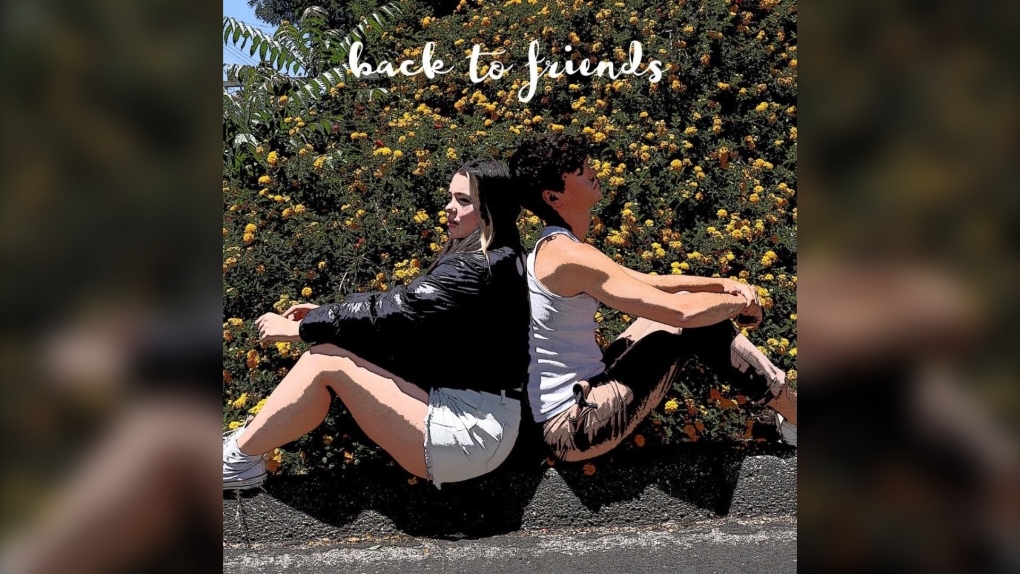 The song was written and produced in New York last month and is about a past relationship, Spencer-Smith says.

“There was this guy that I was friends with and we liked each other, but the whole thing just went sideways,” says Spencer-Smith. “I just wanted to go back to when we were friends.”

From that premise, “Back to Friends” took about three hours to write and record. The following day, the singer and now-songwriter posted a video on TikTok of her singing along to her new track.

“It got like seven million views and so, instantly, I was like, ‘We have to release it,’” says Spencer-Smith.

The original song was released to music streaming platforms a couple days later and has already been streamed more than 1.6 million times on Spotify, in just a week and a half.

The former American Idol contestant and now Dover Bay Secondary graduate is hard at work writing several more original songs. She hopes to have them produced into an album or an extended play in the near future.

'I'm just so thrilled for him': Colleague of Michael Kovrig reacts to release

A colleague of Michael Kovrig says that he's ‘thrilled’ to hear that the Canadian is finally home after being detained in China for more than 1,000 days.

While the release of the two Michaels is reason for celebration, there are at least four other Canadians still detained in China.

German election to set direction after 16 years under Merkel

Germany's closely fought election on Sunday will set the direction of the European Union's most populous country after 16 years under Angela Merkel, whose party is scrambling to avoid defeat by its center-left rivals after a rollercoaster campaign. The environmentalist Greens also are eyeing at least a share of power.

Authorities warned sex offender was a risk years before he allegedly killed Alta. mother and son

Four years before a mother and her 16-month-old son were killed in western Alberta, police had warned the public that a registered sex offender would be released and there was a chance he could harm 'a female, including children.'

Israel is pressing ahead with its aggressive campaign of offering coronavirus boosters to almost anyone over 12 and says its approach was further vindicated by a U.S. decision to give the shots to older patients or those at higher risk.