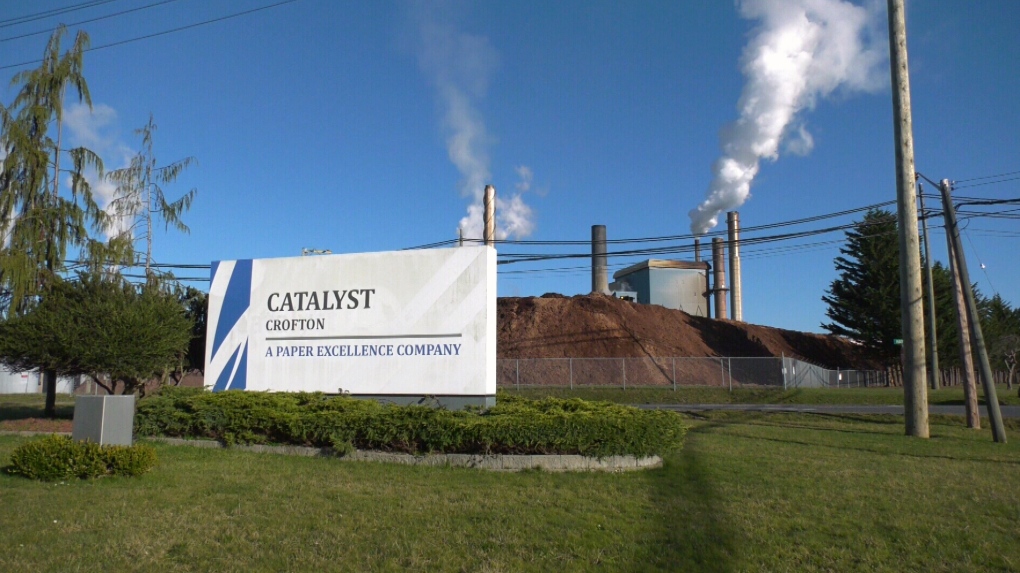 VICTORIA -- Dozens of workers will be back on the job when a large paper mill on Vancouver Island reopens in early 2021, after it suspended operations due to "an exceptional intersection of events" earlier this year.

According to B.C.-based Paper Excellence Canada, the Catalyst Paper Mill in Crofton, south of Nanaimo, will restart its "number three paper machine" in January 2021, bringing with it the return of roughly 58 local jobs.

The company first curtailed operations at the Crofton mill in February due to a wood shortage. Shortly after that, an external malware attack and the effects of COVID-19 caused the temporary curtailment to extend indefinitely.

Now, roughly 560 employees are set to fill the Vancouver Island mill next year, which contributes nearly $3 million to the B.C. economy daily, according to Paper Excellence Canada.

"We’re very excited to return to full production at Crofton," said Patrick Corriveau, vice president of paper and packaging at Paper Excellence in a statement Tuesday.

"We’re one of only a few companies that’s actually resuming paper production so it’s a testament to the hard work of our salespeople and the quality of our products and papermakers," he said.

In addition to the company’s regular paper products, the Catalyst Paper mill will begin producing food and packaging papers.

Paper Excellence adds that it uses 87 per cent renewable energy at its Vancouver Island mill, and that the Crofton facility has reduced its carbon emissions by 71 per cent since 1990.