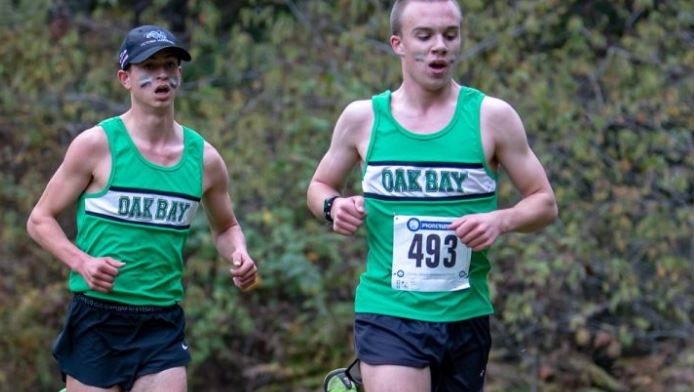 Runners Joe Robertson and Jack Amos are running the length of Vancouver ISland to raise money for the 1Up Victoria Single Parent Resource Centre: (GoFundMe)

CAMPBELL RIVER -- Two young men from Vancouver Island will run along the length of the island to raise money for single parents.

Starting from Port Hardy on Sunday, the 19-year-olds, Joe Robertson and Jack Amos, will cover 500 kilometres on Highway 19 and Highway 1 to reach their hero Terry Fox's monumental statue at Mile Zero, Victoria.

Robertson and Amos wanted to fundraise for 1Up Victoria Single Parent Resource Centre as each was raised by a single parent and personally knows the challenges that such families face.

While Robertson was raised by his mother in Victoria, Amos was raised in Dawson City, Yukon, and moved to the Island when he was 16.

“Joe and I saw how hard it was for our mothers,” said Amos. “We hope the money that is raised gives single parents some respite and support from their challenging lives.”

He said they aim to raise at least $10,000 on GoFundMe. They want to contribute the money to fund counselling, school supplies, clothing and goods, mentoring and education, and parent coaching.

The plan to run along the length of the Island materialized as Joe had an intense desire to “challenge himself” physically, said Amos, and they decided to combine their passion for running with a social cause they both support.

They plan to run 50 kilometres every day and reach the finish line by Dec.15. Each will take turns shifting between running and driving their support vehicle - a 1983 dodge camper van named “Pippi.”

“We can definitely finish before that, but I have a tendency to get injuries along the way,” said Amos. “We're just being cautious.”

The journey is also going to be a “fun” one for them as they plan to document the journey and make a short film said Amos, who is also a budding writer and filmmaker.

“The movie is definitely going to be humorous,” said Amos referring to Robertson and his “goofiness.” But the theme will revolve around “family.”

“Ultimately that's what this project is all about for us,” said Amos.