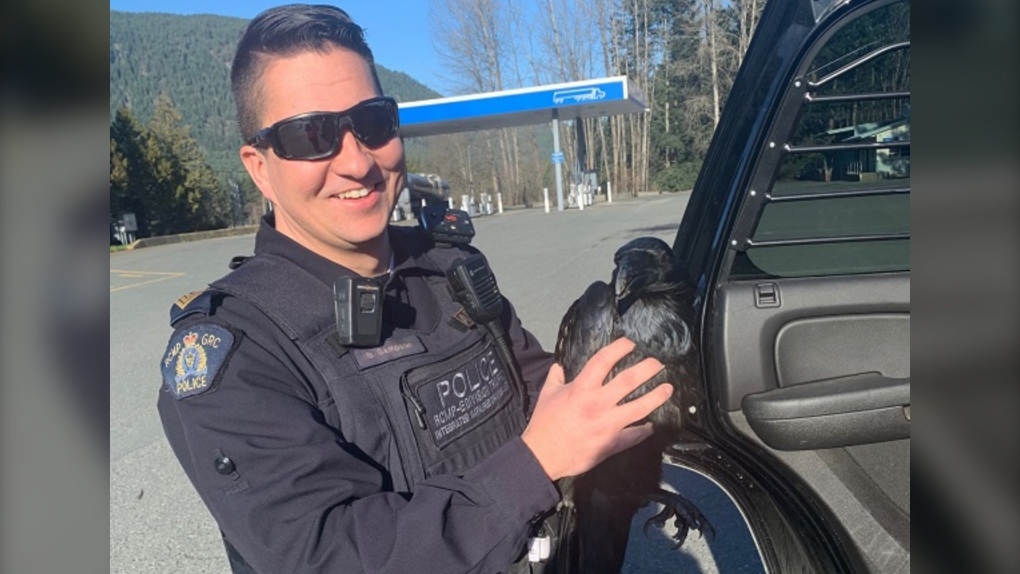 VICTORIA -- An injured raven is making a recovery at an animal rescue centre after being rescued by a Mountie from a busy island highway in late November.

North Cowichan/Duncan Mounties say the RCMP was called to the intersection of the Trans-Canada Highway and Somenos Road in Duncan for reports of an injured raven on Nov. 20.

When officers arrived, they found an injured bird on the centre median of the highway, with vehicles travelling at high speeds on either side of it.

North Cowichan/Duncan RCMP say that Sgt. Brian Sampson of the department was first on scene and was able to reach the injured bird.

"The raven was indeed injured and understandably a little aggressive and threatened by the officer’s presence," said the RCMP in a news release Wednesday. "However, thanks to the quick reaction of the police officer, the raven was taken into custody without issue."

The injured bird was then transported to the Raptor Society, a wildlife management and raptor recovery centre. RCMP say the raven is expected to make a full recovery.