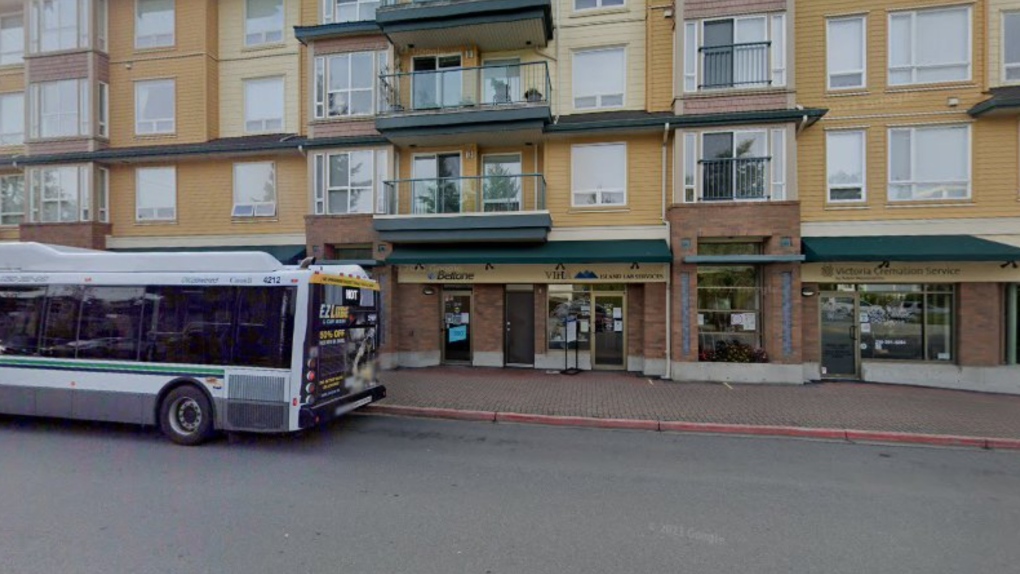 The Sidney Satellite lab is seen in this Google Maps image from September 2021.

A medical laboratory in Sidney, B.C., will be closed Monday and remain closed for the rest of the month, Island Health announced Sunday.

The Sidney Satellite outpatient lab, located at 2357 James White Blvd., is scheduled to reopen on July 4, according to the health authority.

Island Health did not directly state the reason for the temporary closure, saying only that the decision was made "in order to ensure reliable, consistent acute and outpatient laboratory service."

In recent weeks, health-care facilities around the province have been experiencing temporary, unplanned closures and reductions in hours due to lack of staff.

At the end of may, the emergency department at Port McNeill Hospital shut down suddenly because of an "unanticipated" shortage of nurses.

Patients who have appointments booked at the Sidney Satellite lab in the next three weeks will be contacted directly, Island Health said. Their appointments will take place at Saanich Peninsula Hospital at the same time and date as originally scheduled.

"We acknowledge the inconvenience of this temporary change and appreciate people’s patience as we work to support acute and outpatient services," Island Health said.

Typically Sidney Satellite lab is from 7 a.m. to 3 p.m. Monday to Friday, according to the health authority's website.